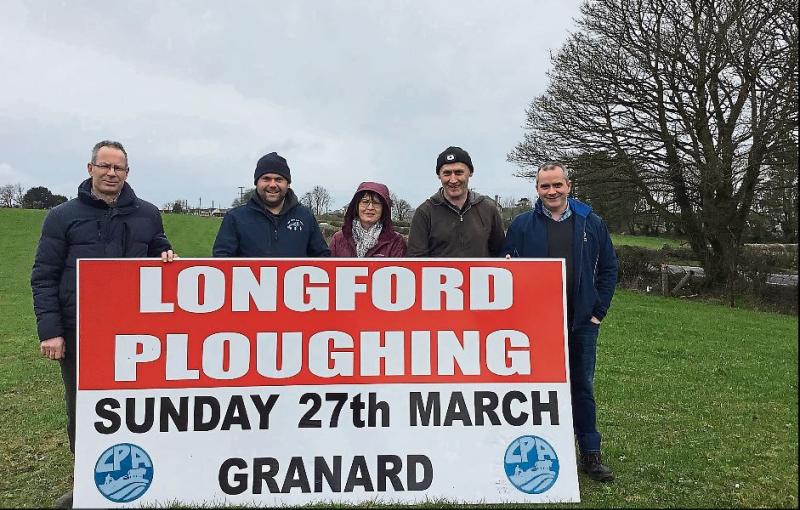 The long awaited return of the Co Longford Ploughing Championships will see it return to north Longford, the scene of where it was last held in 2019.

Raymond Farrell of Robinstown Haulage is the main sponsors for the 86th annual championships on the grounds of John and Helen Kiernan at Carragh, Granard.

It’s a mere stone’s throw from the hunting ground of proud Edgeworthstown native who is no stranger to the local agricultural scene.

A beef farmer himself with 30 to 40 summer cattle, Raymond needs no lecturing as to the importance and historical significance that comes with Longford’s rich association with ploughing.

“It’s a long time going and is a great day out,” he said.

“You don’t have to be all that interested in the ploughing either as there are plenty of other things to see and do on the day.”

Having set up his business a decade ago, like many of his ilk, Raymond has endure more than his fair share of financial hardship of late in the midst of ever increasing fuel price hikes.

“It’s tough at the minute with diesel,” said the 42-year-old.

“Things looked very bad last week though it seems to have dropped a small bit since and hopefully it will continue that way.

“But you definitely need a job to go with the farming. There’s definitely no big ball of money there and to be honest, it’s more of a hobby for me.”

With two young children, Ryan (14) and Elle Mai (8) to keep him occupied, Raymond said the annual ploughing championships was an occasion for both young and no so young to enjoy.

As for his own take on the return of ploughing to the county following a two year interlude, Raymond said the occasion is one he is thrilled to be part of.

“I am delighted to be the main sponsor this year and to support the event,” he added.