Commemorating the handover of Longford Barracks 100 years ago 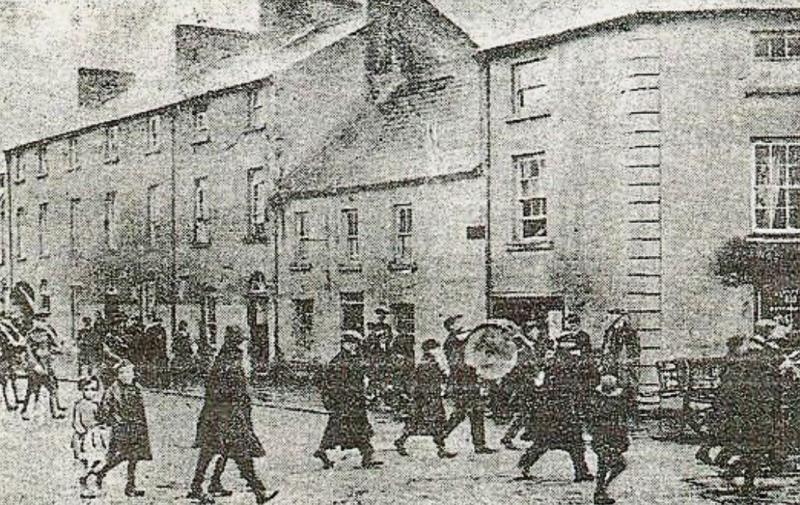 Parade into cavalry barracks on February 17, 1922. A plaque is to be unveiled at a special ceremony on Thursday, February 17 commemorating the handover of Longford Barracks 100 years ago

A special ceremony is being held in the grounds of the former Seán Connolly Barracks on the evening of Thursday, February 17 to mark the centenary of the handover of the barracks to the IRA.

The event is being organised by Longford County Library, Heritage and Archive Services as part of the Decade of Centenaries Programme.

The ceremony which takes place at 5pm, will begin with an ecumenical prayer service in memory of all who served in the barracks. It will also include a brief talk with local historian Hugh Farrell on the handover.

Members of the Peter Keenan Branch of the Organisation of National Ex-Service Personnel will participate and Lieutenant-Colonel Joseph Mullins, from the Transport School in The Curragh, will represent the Defence Forces. Finally, a plaque will be unveiled at the entrance of the barracks to mark the occasion.

On February 17, 1922, the 13th Hussars, the last British Army unit to occupy the barracks, withdrew.

Soon after, the IRA took charge of both the cavalry barracks and the artillery barracks, which was on the site of Pearse Park.

“This is a very important centenary. We are marking the end of the British military presence in Longford and the beginning of a new era when Irish troops were based in town,” said Cllr Peggy Nolan, the Cathaoirleach of Longford County Council.

“It is also an opportunity to reflect on our great military tradition and show how proud we are of our local soldiers,” she continued.

Chief Executive Paddy Mahon added, “We look forward to many more opportunities for Longford to mark and remember its rich local history during 2022 in a safe and appropriate way, as this Decade of Centenaries continues.”

All are welcome to attend this outdoor ceremony. For further information, call Longford Library on 043 33 41124.