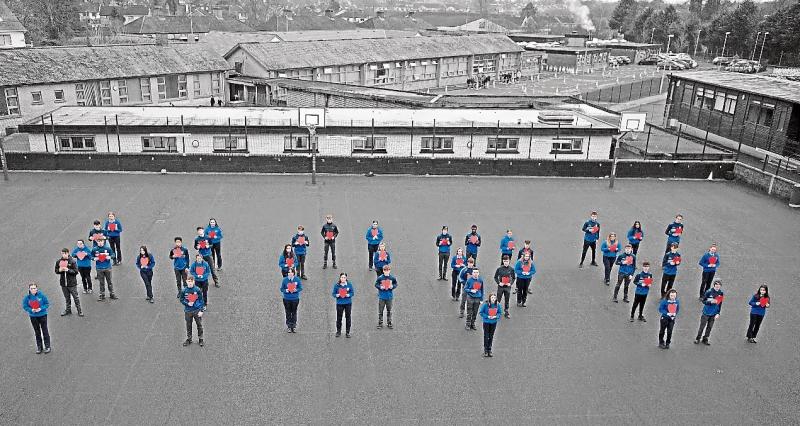 The murder of Offaly primary school Ashling Murphy touched the nation deeply, sparking a conversation on the societal and cultural change required to tackle domestic, sexual and gender based violence.

This powerful image shows the students of Longford town secondary schools, Meán Scoil Mhuire and St Mel’s College, coming together to spell out the word ‘HOPE’ in memory of and in tribute to Ashling.

Meán Scoil student Molly Ni Mhuiri said, “We shouldn't have to fear leaving the house.” Isobel Fay remarked, “We need to stand together”. While Millie Neary Murphy highlighted, “There needs to be education about intimidation.”

A student at St Mel’s College said, “Boys should be taught at a young age how to respect women and treat them properly. This tragedy with Ashling Murphy should never have happened.”

Another added, “Men need to learn to treat women with respect. Ashling did everything she could to ensure it was safe, yet an event like this still occurred. It's time for change.” Picture: Shelley Corcoran