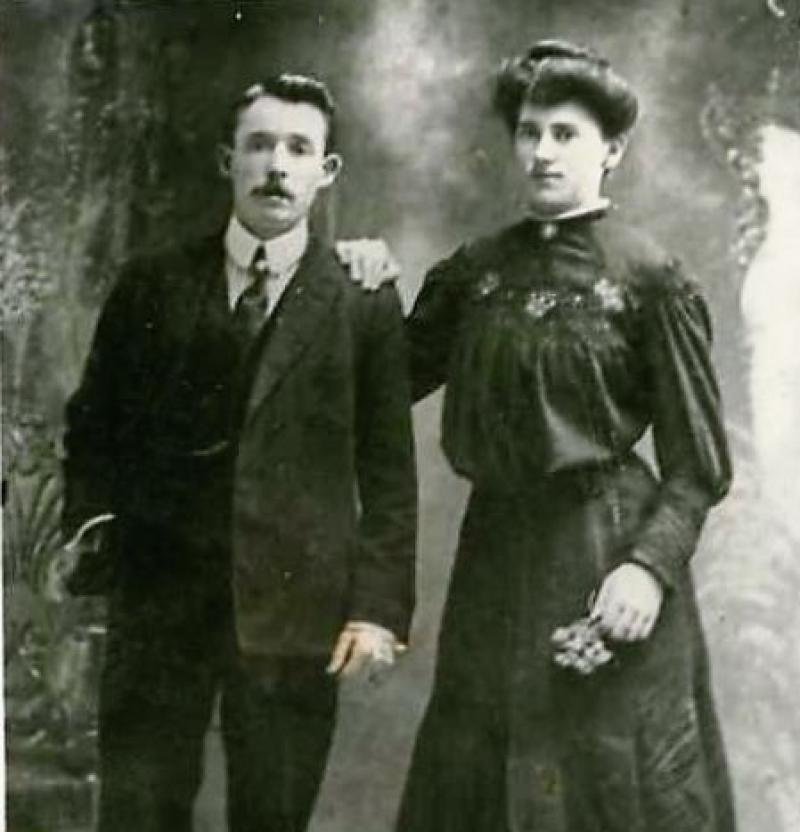 Anna Marie Duke was born in Elmhurst New York on December 14, 1946, and her parents were John Duke and Frances Margaret McMahon.

Her paternal grand-parents were both born in Longford town. They were James Bartholomew Duke, Harbour Row and Catherine Ann O’Hara, Richmond Street.

Anna Marie was raised in the Elmhurst neighborhood of Queens, where with her brother Raymond and sister Carol, they experienced a difficult childhood.

Their father was an alcoholic, and their mother suffered from clinical depression and was prone to violence.

When Anna was six, her mother forced her father to leave the family home. When she was eight, her care was turned over to talent managers John and Ethel Ross, who after promoting Patty's brother Raymond, were looking for a girl to add to their stable of child actors.

The Rosses' methods of managing the career of young actors were often unscrupulous and exploitative. They consistently billed her as being younger than she actually was and gave her alcohol and prescription drugs, took unreasonably high fees from her earnings, and made sexual advances to her.

She never saw her father and saw her mother only when she visited to do the Rosses' laundry.

The Rosses made her change her name. "Anna Marie is dead," they said. "You're Patty now.”
They hoped that Patty Duke would duplicate the success of Patty McCormack, another child actor of that period.

Patty Duke's first major starring role was as Helen Keller, with Anne Bancroft as Anne Sullivan, in the Broadway play The Miracle Worker, which ran from October 1959 to July 1961.

During the run, her name was elevated above the play's title on the theatre’s billboard, believed to be the first time this had been done for such a young star. The play was subsequently made into a 1962 film for which Patty received the Academy Award for Best Supporting Actress.

At just sixteen years of age, she was the youngest person at that time to have received an Academy Award in a competitive category.

The following year, she played the dual role of "identical cousins" Cathy and Patty Lane on her own show The Patty Duke Show.

In the show, which ran for 104 episodes from 1963 to 1966, Duke did double duty as two identical but very different cousins, one American and one English. She was the youngest actor to have a TV series bearing her name.

Patty finally broke with the Rosse’s in 1965 when, at 18, she married Harry Falk Jr., a 32-year-old assistant director on The Patty Duke Show.

Over her lifetime she married four times and had three children.

She progressed to more mature roles, such as Neely O'Hara in the film Valley of the Dolls (1967) and Natalie Miller in the film Me, Natalie (1969). The latter earned her a Golden Globe Award for Best Actress.

In total she starred in over twenty films and over sixty television shows, The Virginian, Marcus Welby MD, Perry Mason and Hawaii Five-O were a sample of her TV shows.

Her brother Ray Duke who died in October 2018 was also an actor, he appeared in Quincy M.E, Kojak and Galactica.

Patty Duke’s two youngest sons are also movie stars, Sean Duke Astin starred as Mickey Walsh in The Goonies and as Sam Gamgee in the Lord of the Rings, Mackenzie Astin starred in many films, including Iron Will and In Love and War.

From 1985 to 1988 Patty Duke served as president of the Screen Actors Guild.

In 2013 she was delighted when through her grandparents she became an Irish Citizen. She died in Idaho on March 29, 2016, and her final resting place is Forest Cemetery, Coeur d'Alene, Idaho, US.

Today many of her cousins are living around Harbour Row, Bannon Terrace and St Michaels Road, in Longford town.
Thanks to Derrick Duke for the information and photos of his famous cousin.