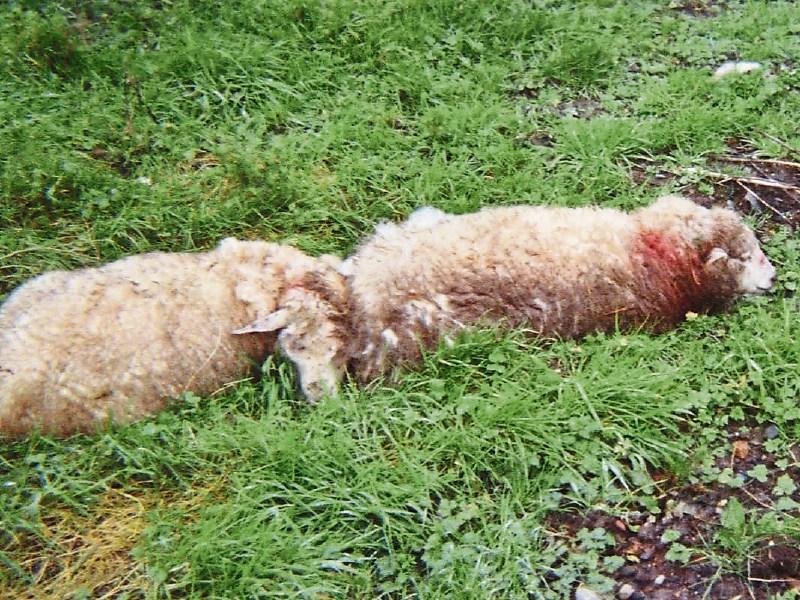 Reacting to the recent sheep kills reported throughout the country over the Christmas period, Longford IFA Sheep Chairman Luke Casey said Government and the various state agencies with responsibility in this area continue to sit on their hands on the matter.

IFA has met with Ministers Charlie McConalogue and Malcolm Noonan on the issue over the past year to have meaningful measures put in place to protect sheep farmers from the irresponsible behaviour of some dog owners.

IFA launched a ‘No Dogs Allowed’ campaign in early 2021. This campaign will continue until action is taken by Government to address this persistent problem.

Mr. Casey said the numbers of dog attacks on sheep is grossly under reported, due to the lack of action from authorities when sheep kills and sheep worrying are reported by farmers.

“There are very few sheep farmers in the country who have not had the horrendous experience of finding their flock savaged by dogs, yet the official figures recorded only 241 such incidents in 2020,” he said.

“It’s not acceptable to farmers, who provide full traceability for seven million cattle and three million breeding sheep - where every animal is individually tagged and traceable to the person responsible for them - that a similar system is not in place for dog owners,” he said.

Local authorities are responsible for the control of dogs under the Control of Dogs Act 1986. This act gives them the power to appoint dog wardens; provide dog shelters; seize dogs; impose on-the-spot fines; and take court proceedings against owners.
The most recent figures published by the Local Authorities for Control of Dogs for 2020 highlight the extent of the problem and severe lack of enforcement of the obligations on dog owners.

Based on the latest published figures of implementation of the law by local authorities, it is clear even the existing obligations of dog owners are not being enforced, with only 82 prosecutions initiated in 2020 and only 198 dogs seized.

Dog owners are required to have a dog licence and to have the dog microchipped.

Owners are liable for injury or damage caused by their dog to people or livestock.

“There is an urgent need to strengthen the legislation, include appropriate sanctions and develop a single national database identifying dogs and their owners, similar to that in other jurisdictions,” he said.

The key areas that must be addressed include:

A single national database for all dogs in the country that identifies the person responsible for the dog.

More appropriate sanctions for those found in non-compliance of the microchipping obligations of dog owners.

More appropriate sanctions for those who fail to have their dog under their control at all times and for those whose dogs are identified worrying/attacking livestock.

Additional resources to enforce and ensure compliance with the obligations of dog owners.

IFA launched our ‘No Dogs Allowed’ campaign to highlight this issue. We will continue this campaign until the issue is resolved satisfactorily.