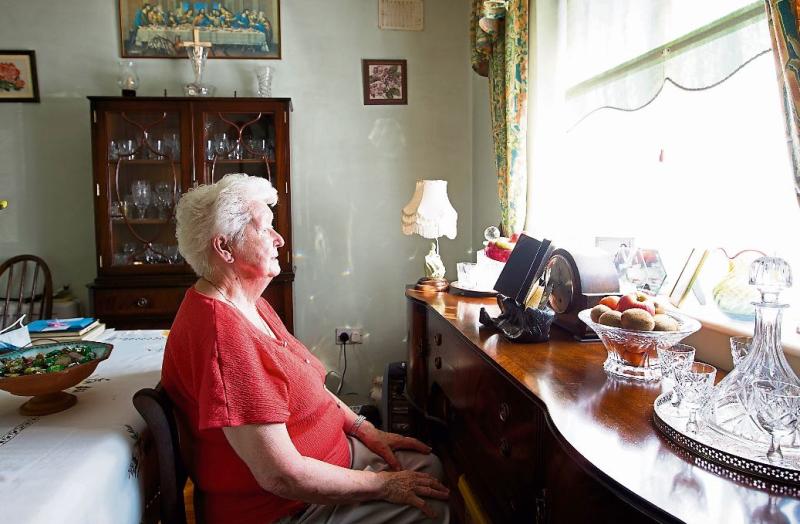 For a Farrell to receive an invitation to visit Longford at any time is always going to be a treat but to be invited to the ancestral home as we slowly emerged from enforced lockdown was the perfect antidote to a terrible time.

And it all started with a phone call from a stranger.

The Longford County Librarian, Mary Carleton Reynolds, was wondering if I would be interested in a project. My background as a photojournalist might lend itself to an idea she had.

The commission; to visit people in their homes, to listen to their stories and to photograph them, seemed too good to be true.
I said only three words “Yes, Yes, Yes.” And so began the ‘Longford Memories - reflections in a time of pandemic’ project.

It is always a privilege to be invited into a stranger’s home but, at this particular time, in the shadow of a pandemic, when closest family members had been prevented from entering the homes of their loved ones, it was very special.

That so many people agreed to allow me to cross their threshold and tell me their private life story was an indication of the admiration they all had for their county librarian.

I travelled up, down, over and across Longford to sit and listen.

My hardest task was explaining that due to Covid restrictions I could not accept hospitality of tea nor cakes nor sandwiches and certainly not the dinner.

So, instead, I was feted with homemade jams and chutneys and anything the host could stick in my pocket as I tried to get out the door.

It was a fascinating experience. I made many new discoveries. One was that Longford must have the highest number of local historians per head of population in all of Ireland.

Of course one of the problems with historians is that they want to talk about everyone else except themselves though that was not unique to the historians either.

It struck me, as I sat there masked up, that not only were these people speaking to someone they were meeting for the first time but they could not even see my face and would never recognise me again if we were to meet under normal circumstances. And yet their trust and generosity with their stories was offered willingly. I wondered would this be the last generation so willing to share their story.

My task was not to write a life story or a biography or a list of successes and achievements. It was to attempt, in about 600 words, to give a sense of a person and a sense of a time they lived in, sometimes for better and sometimes for worse.

As a photograph captures a moment in time I felt so should my writing capture moments in the lifetime of those who agreed to sit and talk with nothing to sell and nothing to gain.

It's not only moments in a person’s life but also, I hope, it captures a sense of a time in County Longford and Ireland.

I am very grateful firstly to the thirty people across the county who agreed to take part.

I’m particularly grateful to County Librarian, Mary Carleton Reynolds, for her initiative and support and to County Archivist, Martin Morris, for all his willing assistance.