Festive cheer in Arva not dented by talk of pandemic 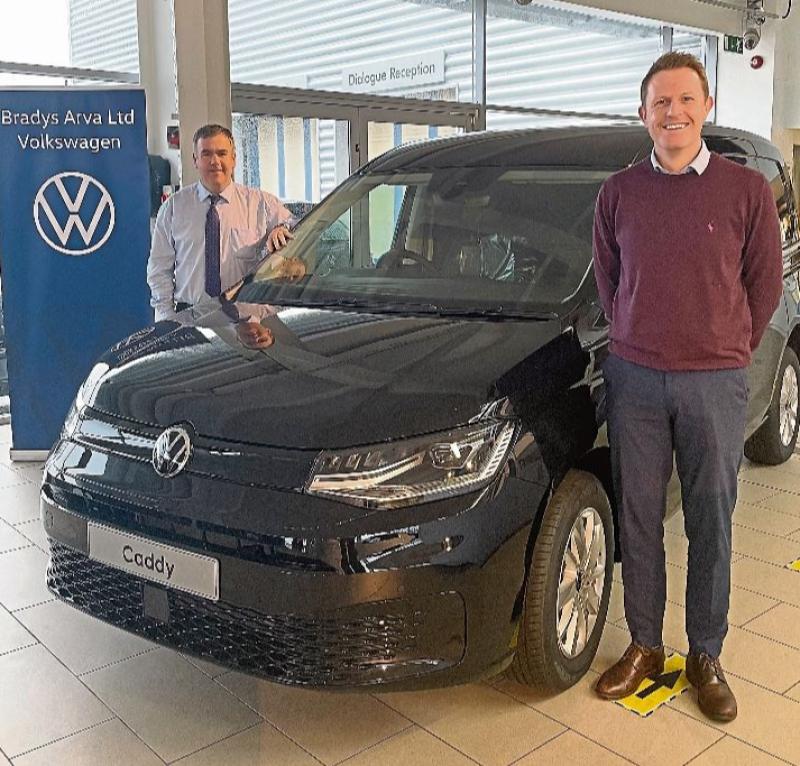 Christmas may not be the most orthodox of seasonal celebrations this year, but that hasn't dented the perennial festive feel-good factor from emerging in Arva ahead of Santa's imminent arrival next week.

A GoFundMe online drive aimed at maintaining and covering the costs of the town's Christmas lights is already well over halfway towards achieving its monetary goal.

Newly appointed chairperson of Arva Town Development Association Ray Brady expressed his own hope that despite a curtailed and socially distant holiday season, locals would still get into the festive spirit.

“It's a bit of a killer,” said Ray, in revealing how Covid guidelines have impinged on preparations including Santa's customary handing out of gifts to children inside the town's community hall.

“I think people realise though that there is a bigger picture at play at the moment.”

Ray only took up the helm of chairperson last month and by his own acceptance is still very much finding his feet.

That said, the local businessman is no stranger to community involvement, having been aligned to a string of voluntary groups over the years.

“I'm a glass half full kind of person,” he explained, as he talked up the merits of a town he very much calls home.

“It's (Christmas feel) probably been a bit slower this year, but when you start to see the lights go up and the shop windows being decorated it definitely helps things along.

“Arva is a great town to shop in too. It has all the things you would see in large urban centres and people do tend to shop locally as well.”

And with Christmas Day only a week away, it's a focus Ray and those within the local business community are hoping shoppers remain steadfast to.

“There's a great community spirit in the town too and that is something which has always been there, ” added Ray.

New benches, with the aid of local vunteering and funding from Cavan County Council, were installed earlier this year on the town's Market Square to give an added dimension to one of its most instantly recognisable landmarks.
Ray said for all the hurdles faced b y the pandemic, it was more important than ever that Arva and its citizens rally together in the hope brighter times lie ahead.
“We have to make the best of it and that means supporting each other in the community and county at large,” he added.