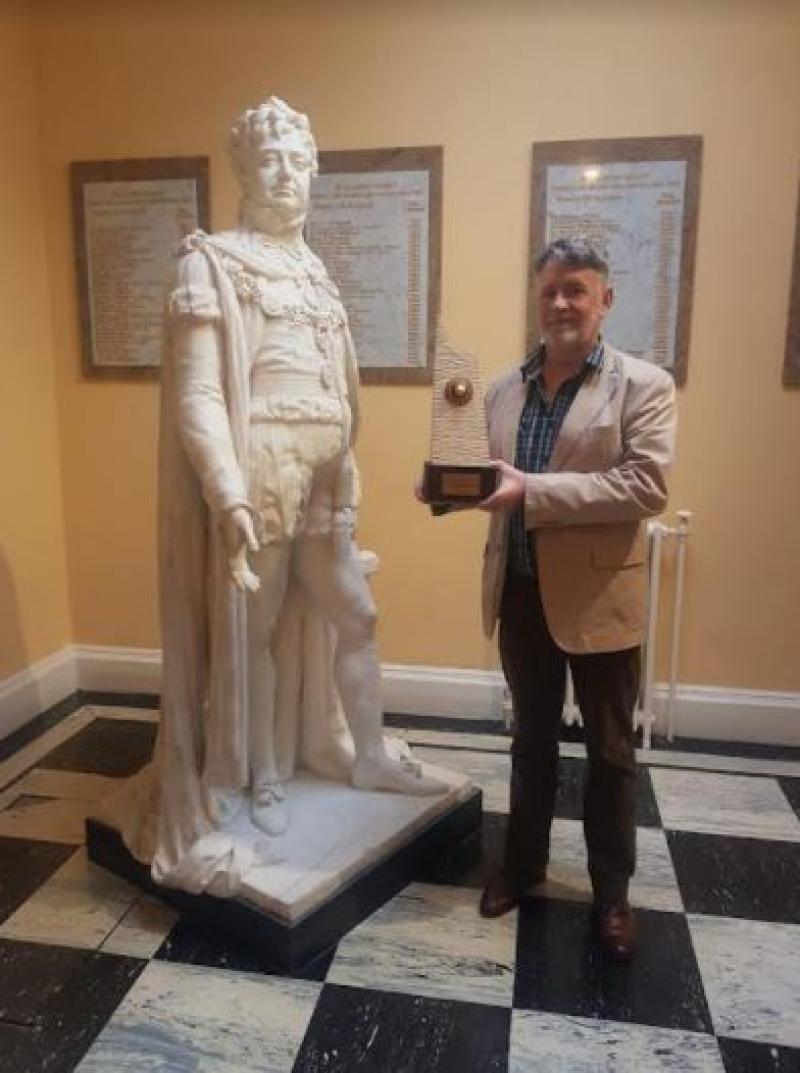 The father of two saw off competition from a host of competing forestry professionals to land the top Production Forestry honour at the 2021 RDS Irish Forest and Woodland Awards.

The accolade is the second time the former Ballymahon Vocational School pupil has secured the award ceremony's premier distinction and the third time overall he has come in for recognition by what is readily viewed as the country's leading exemplar in forestry excellence.

"It is a great honour," said a plainly delighted Colm earlier this week.

"I was invited down for the day and I didn't know at that stage I had won, but it is a great honour to get it especially as it was my third time (to come in for national recognition)."

Colm, who resides in Ardagh and owns a number of forestry plots throughout the midlands region, is no stranger to an industry he has dedicated in the region of forty years to.

Despite conceding his efforts were largely a "one man show", Colm noted the support he received from his two children Ciara and Philip as well as the seasonal staff he employs on a yearly basis to ensure the progressive and first rate management of his large scale forestry portfolio.

It was these practices aligned to Colm's ongoing pursuit of excellence which caught the eye of the competition's judges.

"He has also managed to grow his forestry business to continue investment by working with nature to ensure the long term environment sustainability of the area," said chair of the award's judging panel Henry Philips.

In referring to Colm as an "innovator", Mr Philips singled out the Longford native's predilection to adapt various types of machinery for harvesting and extraction purposes while ensuring his own business model remained both sustainable and biodiverse.

"Colm's ambition for the future is to create a species diverse, multi age woodland that is managed on a continuous cover system that will be capable of providing a financial return from the sale of products ranging from biomass to saw logs with the least possible impact on the surrounding local and global environment," he added.