Take part in virtual run in aid of Longford MS 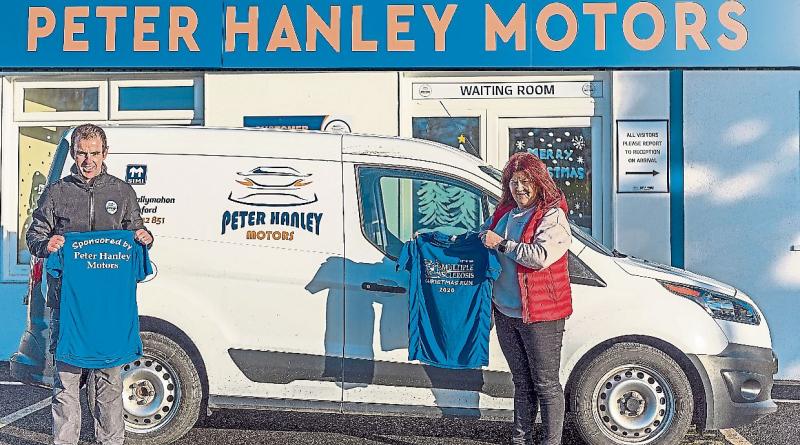 After the success of last year's virtual event, the annual run in aid of the Longford branch of Multiple Sclerosis will go ahead again.

The initiative hit a milestone last year with 30 years of fundraising, and organiser Michael Flood didn't let Covid-19 get in the way of raising more funds for the worthy cause.

He said, “It's one of the main fundraisers for Longford MS, if it wasn't to take place they'd be badly hit, so we do need everyone to support it as they would in a normal year. Other events that normally run during the year wouldn't have been able to [go ahead] as everything is affected by Covid. We need to raise as much as we can. It's a really good cause.”

To take part, people will run the equivalent of Newtowncastle to Lanesboro, which is approximately 11k, on Christmas Eve, Christmas Day or Stephen's Day.

Between 120 and 160 people took part last year, according to Michael.

He said a virtual run can have its advantages and is encouraging anyone interested in taking part to do whatever they can where they are.

According to Mr Flood, donations from last year's event actually increased, and he hopes to see similar generosity this time as well.

He said, "We went virtual and actually we raised a bit more money than we did the year before, so we're hoping we'll get the same this year.”

It also gives people who took part over the past few decades [the chance] to join again from anywhere in the world.
Michael's brother, Ger, originally set up the run decades ago before moving to Australia. They both took part virtually last year, with Ger in Melbourne and Michael in Galway.

Over €157,000 has been raised for the charity over thirty years, and it's hoped that after this year's fundraiser that will hit well over €160,000.

“Last year we raised over €7,300. If we could get something similar again we'd be well over €160,000. We've always kept the cost down. Peter Hanley Motors sponsors the t-shirts so the money coming in goes directly to the cause.”

Depending on stock, people participating can contact Michael through Facebook to get a shirt. “Because of Covid we had to order without knowing how many people would take part. If we left it too late, we couldn't guarantee we'd get the shirts so we just had to order them.”

“We appreciate the support we've got over the last 31 years,” Michael says. “It's been a tough year for everyone but organisations like Longford MS need support more than ever. Even people who can't do the run can donate directly to the Go Fund Me page. The main thing is to raise as much money as we can.

“We'd hoped if things got back to normal, that we could do a normal run and have a virtual element for people who couldn't make it, so when Covid does go we could get the best of both.”