Granard farm on market for first time in 150 years 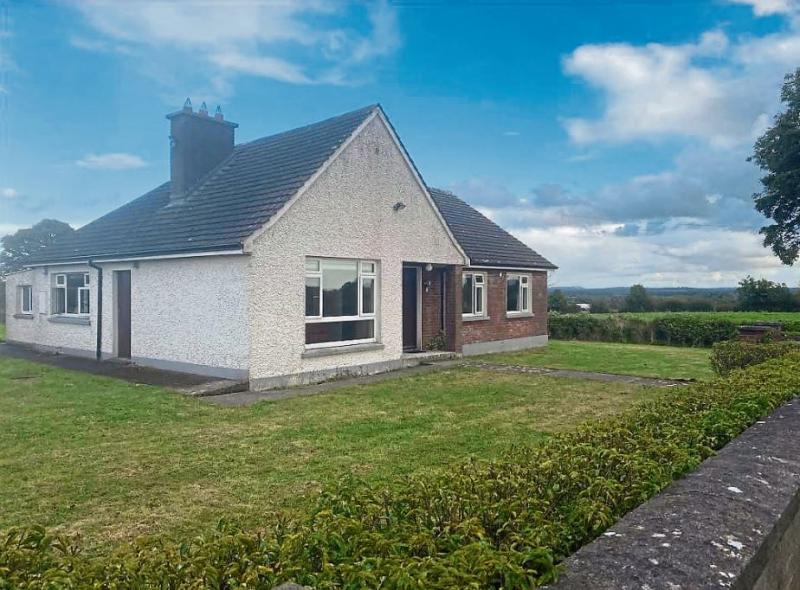 A rare opportunity has arisen to acquire a substantial fully-serviced residential farm of the finest quality with free draining land presented in pristine condition.

Carrigy’s of Robinstown, Granard, Co. Longford is coming to the market by way of an Executor sale following the passing of well-known local farmer Seamus Carrigy.

It will be sold by public auction in a number of lots and as an entire on 19th November, 2021 through J. J. Flood & Sons, Granard.

Seamus, who lived on the farm until his passing in 2019, was hugely involved in the local community. He, along with 42 other local farmers and businesspeople were the founding shareholders of Granard Farmers’ Mart Limited which celebrated its 50th Anniversary last year.

The founding shareholders contributed a combined £10,750 which would be the equivalent today of c. €300,000 to buy the site and construct the mart. It continues to make a significant contribution to the local economy over half a century later.

Carrigy’s of Robinstown is well-known locally as an outstanding farm. While in recent years the farm has been used for cattle fattening the holding had a great reputation for cattle breeding and horses.

The farm’s “Bull Book” lists covers of the farm’s bulls over generations. The 14 acre ‘Sporting Field’ bordering the Abbeylara to Killasonna road played host to a range of sporting events including GAA and Point-to-Point racing. Abbeylara GAA club is now located on neighbouring lands.

Home to the same family for over 150 years, this magnificent 81 acre residential farm with highly fertile land is laid out in newly fenced generous-sized fields with recently cut natural hedgerows.

A well-presented and maintained four-bedroomed bungalow on an elevated site with the benefit of uninterrupted scenic views is located at the northern perimeter of the farm.

Built in 1967 to a very high standard, this really nice and well-maintained bungalow was designed with an underground water harvesting tank to collect rainwater from the roof of the house, making it eco-friendly long before it was popular.

Two serviced yards with high quality purpose-built sheds and hard-standing are strategically located at opposite ends of the holding.

All fields in the farm are serviced for water and enjoy good access and generous road frontage extending to c. 2km.

The layout and superb quality of this farm make it ideal for any type of farming, be it dairy, cattle, sheep or crop.

The farm was actually used to grow tobacco in the 1920s and 1930s at a time when cultivation of the crop in Ireland was legal and overseen by the then Irish Tobacco Commission. It takes good land to grow good tobacco.

The farm is being offered reflective of a variety of potential purchasers in mind including: those interested in acquiring a unique trophy farm in a single lot “Ready-to-Go”; potential hobby farmers; large farmers seeking a high quality and accessible outfarm; or those looking to add the best of land to adjoining holdings. With substantial road frontage at the perimeters of the farm there is considerable site potential subject to planning permission.

Speaking about the sale of Carrigy’s of Robinstown, Paul Flood, auctioneer of J. J. Flood & Sons, Granard, said: “A residential farm of this scale and quality is a rarity so the intense interest has been of no surprise. It is, without question, one of the finest farms of fattening land in the Midlands.

"The phones have been hopping, not just with queries locally but beyond, especially in neighbouring counties given the holding’s proximity to the Westmeath and Cavan borders. Recent sales in the area have attracted significant interest and strong prices, but given the quality of the land, fencing, outbuildings and handling facilities combined with an excellent dwelling house and site potential there is expectation in the market of a premium for such a rare and high quality farm.”

The sale of this property is being managed by Paul Flood of J. J. Flood & Sons, Granard and will be sold by public auction online through LSL Auctions and in the Mullingar Park Hotel on Friday, 19th November, 2021 at 3pm. Interested parties should contact the auctioneer and those bidding need to register with the auctioneer by 16th November, 2021.