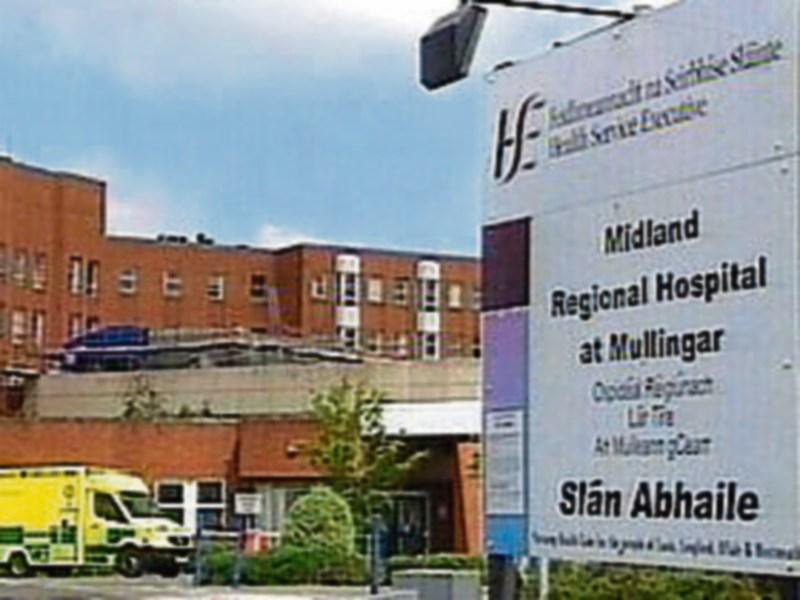 She added a further 73 women are still awaiting confirmation of when receive their pelvic health outpatient appointment, something the Sinn Féin TD took aim at.

"The human cost is very real and very urgent," she said.

“The hospital waiting list crisis can and must be fixed.

“Waiting lists have spiralled out of control and now over 900,000 people are on a healthcare waiting list. There is hardly a family in the country which is not affected by this scandal.

“Waiting lists in Midland Regional  Hospital Mullingar are up more than 13% since the beginning of the pandemic.

“The health service is not fit for purpose and needs major investment to boost capacity if it is to tackle waiting lists.

“The Government must act now and sort out the management of waiting lists and introduce a new centralised referral systems and an integrated waiting list management system.

“We also need delivery of a major increase in beds, staff, and diagnostic capacity to meet current needs and tackle waiting lists.

“Care can’t wait and waiting lists are having a catastrophic impact on people who feel abandoned on them with little hope of getting the care to which they are entitled.

“They are also creating problems for people who are receiving a late diagnosis or who may have developed a condition but cannot find out due to diagnostic waiting lists.

“Sinn Féin in government would deliver a healthcare system which is fit to deliver the timely, high quality care that patients need. Change is possible and deliverable if the political will is there."