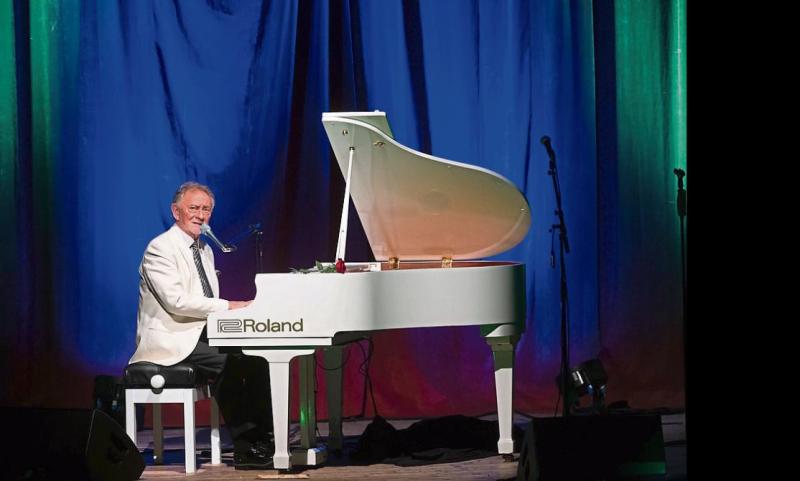 The long enforced absence from touring was tough for Phil Coulter like all working musicians.

But the veteran Derry songwriter and pianist - who returns to the road with a show at Landmark Live on Thursday, October 21 - proved that it's never too late to innovate and had a more fruitful lockdown than most.

Until Coulter hooked up with Cork musician Roy Buckley, his experience of social media was, by his own admission, "pretty much zero." Buckley showed Phil how he could use the technology to stay in touch with his audience, and the "Lockdown Lounge" was conceived.

Each Saturday Phil would sing songs and tell stories from his home and broadcast it live on Facebook in a stream which quickly grew and grew in popularity. One edition, 'The Town I Loved So Well' - a tribute to the late politician John Hume - racked up an incredible half a million views. “It absolutely flabbergasted me," Phil says. "It taught me that to stay relevant I had to do this (online performances). It was a case of teaching an old dog new tricks!”

Revisiting stories from his 2019 biography "Bruised, Never Broken" as part of these shows also influenced him to record an audiobook version of the book which has since been released.

A guest appearance on one of his streams by fellow Derryman, Geoge Hutton, made Coulter realise Hutton's tenor voice was perfect for a song he had originally written for his son's wedding.

This led to the recording and release of Coulter's first single in many years. "Dear God", released in September, has already been a bigger success than Coulter could have imagined, topping the easy listening charts in the UK and going to number 2 in the US, making him a member of a very elite group of songwriters who have written hits in every decade since the 1960's.

Phil’s Landmark Live show will no doubt feature his latest success, as well as personal favourites from 50 years of creativity - from Eurovision winners to folk classics, tender ballads to sporting anthems, Luke Kelly to Elvis Presley.

An original retrospective on the work of one of our finest, this promises to be a show for every lover of good music.

Tickets are €35 from the Landmark Box Office (071 962 2222) or online at tickets.ie (where booking fee applies). This concert will be a fully seated event in line with government regulations, and is run with the support of the Live Performance Support Scheme.