Rosaleen Guilfoyle was 'proud, courageous, honest and true' to the fingertips 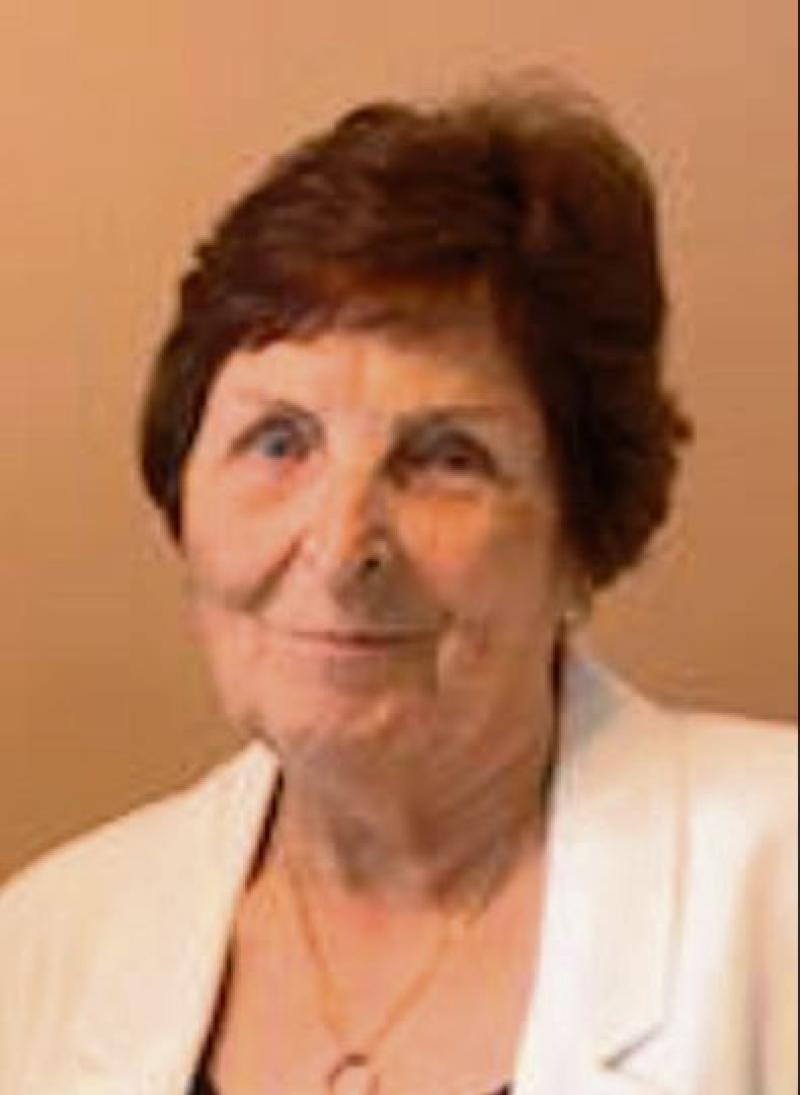 Rosaleen was pre-deceased by her husband Mike, daughter Rose Mary and brother T.P.. She is survived by her sons Michael, Patrick, Sean and Kevin, daughter Bernadette, brothers Patsy, Kevin, J.J. and Michael, sisters Kathleen and Patricia, and her 15 adored grandchildren.

In Rosaleen’s eulogy, at her funeral mass, delivered by her son Michael, he said “Mom was part of a special generation that was proud, courageous, honest and true.

Courageous in their actions, proud of where they came from and what they did, honest in their dealings with others, and true to their family, friends and neighbours”. This indeed described Rosaleen to perfection.

Rosaleen Masterson left her native Gortletteragh in 1958 at the tender age of sixteen years to make a new life for herself in far off America.

In the fifties it was pretty much a one way ticket to the other side of the world, five time zones away, with the only form of communication between there and home being a hand written letter that could sometimes take weeks to travel. This must have been difficult. This communicated letter helped share all the news with loved ones from both sides of the Atlantic, no instant text messages and reply like today.

After Rosaleen emigrated to the States, we her younger sibling brothers were not only looking forward to her letters with dollars enclosed but waited with great anticipation for word that a parcel was on its voyage to Bornacoola Post Office.

On arrival, we’d head over with excitement to collect and transport home, on the carrier of the bicycle, our ‘Bronntanas ó Mheiriceá ’. We divided the spoils and we felt so proud adorned in our lovely American clothes.

Rosaleen worked at numerous jobs in her adopted country. One of her jobs was with the New York Telephone Company in 1962. Rosaleen excelled at her employment and indeed she was honoured with the “Miss Voice and Courtesy” award for her proficiency at her work. How deserving Rosaleen was of this title, as anyone who knew her would testify.

Rosaleen also worked at the Chase Manhattan bank and often spoke about how she was the teller for the Rockefeller's. John D. Rockefeller, the founder of Rockefeller's was an American business magnate and was the wealthiest man alive at the time, who made his fortune in the American petroleum industry.

In 1962 Rosaleen made her first trip back to Ireland. We have some lovely memories of that visit, like dancing at the bonfire at Farnaght barracks.

Rosaleen also brought us to a dance at the ball alley at Johnston’s Bridge and I vividly remember her dancing with, among others, the legendary Packie Conboy of Bornacoola fame.

The ball alley was an ideal setting for an outdoor dance and the organisers improvised seating for the ladies, who were waiting for their prince charming to come along, by placing planks of timber on blocks along the walls of the alley. The simplicity of the social settings in those days would be hard for the youth of today to comprehend.

After a number of years in New York, Rosaleen met and married the love of her life, Mike Guilfoyle from Feakle, Co Clare. They had six children, five who were born in New York.

Rosaleen, Mike and their family made many trips home, until finally in 1972 they made the big decision to come home for good and they put down their roots in Meelick, Co Clare. Here their sixth child Bernadette was born.

The family settled in seamlessly and became involved in activities within the local community. Rosaleen, who was a forward thinking person, was a founding member of a ladies football club in Meelick. Rosaleen was years ahead of her time as ladies football was only in its infancy nationwide at this time.

Later Rosaleen took up and really enjoyed playing the card game of bridge, as a pastime with her friends. They took turns having bridge games in each other’s homes and she relished it as a great social gathering.

Down through the years Mike, Rosaleen and family paid many a visit to her native parish Gortletteragh. They loved coming to Leitrim and enjoyed nothing better than a visit to Fox’s of Tooman where they loved the chat, a drink, and a few waltzes around the floor amongst friends. Incidentally, Rosaleen and Mike won many waltzing competitions while in the States.

Surely one of their most memorable visits was in August 2003, when they came to the 100th anniversary of Fearglass National School re-union, where Rosaleen met all her school pals and friends from bygone years, many she had not met since her school days.

They both often talked about that memorable weekend right up to their parting from this world.

The Masterson and Guilfoyle families would like to thank all the people who have sympathised with them since Rosaleen’s passing. A special thanks goes to the people who travelled down to County Clare to be with them at that sad time.