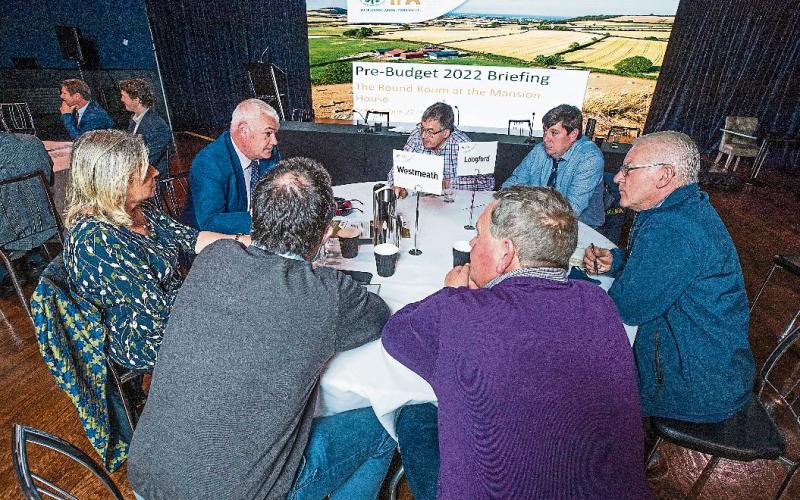 IFA held its annual pre-Budget lobby day at the Round Room in the Mansion House, Dublin 2 recently.

One of the most important days in IFA's calendar, the day was held in line with the Government's Covid-19 safety guidelines.

Gavin White, Longford IFA County Chairperson met with TDs and Senators throughout the day to secure Government commitments in the October Budget to support Irish farmers.

Mr White said there are several key measures the Government must implement if it genuinely wants to ensure the future viability of Ireland's largest indigenous sector.

"Farmers across all sectors are facing an increasingly uncertain future. Increasing regulation, Brexit-related trade disruption, the prospect of substantial cuts in direct payments due to CAP reforms, climate action measures and rising input costs means farmers in Longford are in a perilous position," she said.

"Now is the time for Government to step up and put action and money behind the rhetoric. IFA is seeking co-financing to ensure that Pillar II schemes such as Areas of Natural Constraint (ANCs); Green Low-Carbon Agri-Environmental Scheme (GLAS); Targeted Agricultural Modernisation Scheme (TAMS); Beef Data and Genomics Programme (BDGP – suckler cows); the Sheep Welfare Scheme and Organic Farming Scheme; are properly funded. We are seeking €300 per suckler cow, €30 per ewe and €300m for ANCs. In addition, we need a new scheme for tillage farmers to stop the exodus from this sector.

"The Government gave a clear commitment that it would ring-fence €1.5bn of carbon tax receipts for an agri-environment scheme, referred to in the Programme for Government as 'REPS-2'. We are still waiting for this commitment to be honoured."
IFA President, Tim Cullinan said, "IFA has made it clear that farmers are eager to be part of the climate solution. Accelerated capital allowances and Value-Added Tax (VAT) exemptions on the purchase of emissions-efficient investment will help farmers to play their role in contributing to the sector's climate change targets."