The Curious Case of Typhoid Mary 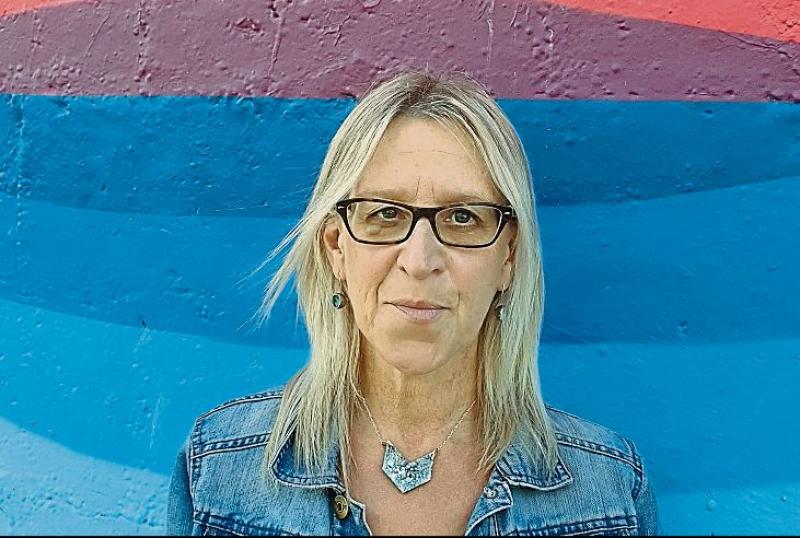 Mary Mallon, the woman once dubbed the ‘most harmless, yet the most dangerous woman in America’, was an Irish cook who worked for the upper echelons of New York society in the early 1900s.

Her fall from grace occurred when she was identified as an asymptomatic super-spreader of typhoid fever, a disease of the poor and a sickness that struck terror in the rich.

She was judged to be such a danger to public health that she was labelled “Typhoid Mary” and incarcerated on a quarantine island by the city of New York for 26 years.

Mary’s story is not so removed from the challenges and complexities of today's Covid-19 pandemic - that of balancing public health with the rights of the individual.

When we started off making this documentary, we certainly had no idea what we might find. And Mary did not disappoint.

Hidden records, fascinating newspaper accounts and historic scientific discoveries all gave us a multi-layered insight into her world. The more we learned, it became less a quest to tell the story of “Typhoid Mary” and more about discovering the woman behind the label.

In the early 20th century, New York was a very different city to the one we know today, suffering from overcrowding, poor sanitation and contaminated water supplies.

The city was in the throes of a typhoid fever epidemic where one in ten people died from the disease.

Typhoid is a bacterial infection spread by eating or drinking food or water contaminated with faeces of an infected person.

A disease that can be mild to severe, its symptoms include fever, stomach pain, constipation and vomiting which, without treatment, can last for weeks to months. At that time in history, it was feared as much as Covid-19 is today.

Mary always denied that she was an asymptomatic typhoid carrier. And that’s not the only thing she denied, because she was always secretive about her true identity.

When making her will, the attorney who drafted it subsequently recounted his meeting with Mary after her death, saying:
"She stated that she came to this country from Ireland, when she was a young girl, and lived with an aunt."

She stated that both her aunt and the husband of her aunt had been dead a long time, and never had children.

I began to question her about whether the aunt was a maternal aunt or a paternal aunt, and what her name was and she replied in words or substance “My dear boy what difference does that make?” I was unable to get any further information about her relatives.

After Mary’s death, the attorney advertised in the newspapers for relatives to come forward, but none appeared.

One of the few clues we have into Mary’s family is from Adelaide Offspring, a nurse and friend of Mary’s during her time in enforced quarantine. Originally from Canada, Offspring's mother was an Irish woman called Catherine McDermott. Mary had told her that she had no brothers or sisters, nieces, nephews, grandnieces or grandnephews and that she was the last survivor of her family.

But was this really the case and what else do we know about Mary’s family tree?

Modern history has recorded Mary as being from Cookstown, Co. Tyrone, but it’s unclear where this detail originated.

In his article titled, “The Curious Career of Mary Mallon” published in 1938, George Soper - the 'epidemic fighter’ who tracked Mary down as the source of various outbreaks in New York - says, “I think Mary was born in the north of Ireland”. The earliest mention of Tyrone we can find appears in an article written by Mary C. McLaughlin M.D. in a journal called The Recorder, published by the American Irish Historical Society in 1979.

The other clues we have come from Mary Mallon’s death certificate which tells us that Mary was born in Ireland in 1869 to parents John Mallon and Catherine Igo. It also details that Mary was 55 years in America at the time of her death. Mary’s friend Adelaide Offspring was the informant cited on the death cert.

It should also be noted that there are numerous variations on the spelling of the name Mallon in the various records – it also appears as “Mallin” and “Mallen”. The name Igo also appears as “Igoe”.

In order to delve deeper into Mary’s story, genealogical research was carried out by Louth based local historian, Damien O’Sullivan. In all the state and church records that he searched, Damien found just one record in Ireland for a marriage between John Mallen and Catherine Igo – it took place in 1849 in the parish of Killoe, Co Longford. John was a blacksmith and they lived in the townland of Kilnacarrow, approximately 10 kilometres from Longford town.

“The Igo name was common in Killoe, and is a derivative of the old Cornish name, Jago. Just having those names, that was crucial for me to tie Mary to this family in Longford specifically, as well as her mother’s maiden name,” says Damien. “Igo is an unusual name, unusual too that it was the maiden name of the woman cited as Mary’s mother. To know this detail, we can speculate that these people must have been known to Mary.”

Strangely, Catherine Igo died in November 1868, the year before Mary Mallon (“Typhoid Mary”) was said to have been born.

“One possibility is that Mary’s year of birth has been recorded incorrectly. Civil registration in Ireland only began in 1864 (except for non-Catholic marriages which started in 1845), so if Mary was born before then, you only have church records to go on and there are a lot of gaps in the parish records of Killoe.

"In terms of John Mallen and Catherine Igo’s children, I found a John born in 1855 in parish baptism records. There was a Hugh born in 1864, Jane in 1866 and another John in 1868 – these three births were registered by the state. So, we can speculate that the John born in 1855 died and they renamed another son John in 1868. That was very common back then. So that’s four children in a 19-year period registered in some shape or form. Back then when families were large, it’s unlikely that that’s all the children there were.”

“I found that a Mary Ann Mallin had the devastating task of registering the deaths of both baby John Mallin, and his mother Catherine Igo. Both died within days of each other in November 1868. In fact, Mary Ann Mallin was also a witness to John’s birth. So this Mary Mallin must have been a very close member of the family,” Damien explains. This places a Mary in this family, but given the dates we can’t be sure how she is related.

Adding to the intrigue Damien found another interesting record - that of a Mary Mallin born out of wedlock in August 1869 in the workhouse in Longford to a mother named Margaret. In fact, Margaret gave birth to twins, Mary and Eliza. But we can find no obvious connection here to John Mallen and Catherine Igo.

Damien followed the trail of the Igo-Mallens in the years that followed. He says, “I have placed the family in the townland of Kilnacarrow from the 1830s right up until 1874. And then they just seem to vanish from the townland after that.”

More curious is that there is a record of another Mary Mallin, born in Dublin on the exact date of birth as recorded on “Typhoid Mary’s” death certificate – September 23rd, 1869. She was a police constable’s daughter. However, there is a death record for this same Mary in 1875, when that child was just 6 years old.

And as to the story about Mary being from Cookstown, Co Tyrone, Damien says, “I’ve often thought ironically the fact that she was a cook herself maybe that’s where it came from. I certainly can’t find anything to tie the Igo-Mallen family to Cookstown.”
Even today, Mary Mallon leaves lingering questions which may never be answered. But, if you have information on these families or some clues as to Mary Mallon’s origins, we’d be interested in hearing from you for a follow up piece, email documentaries@rte.ie.