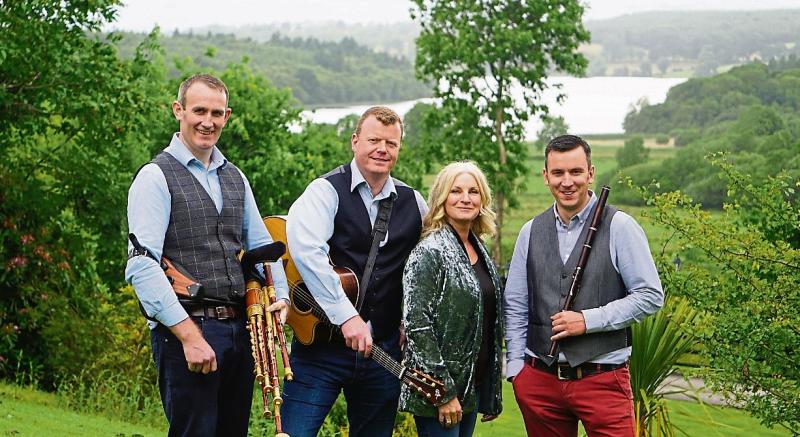 The Corn Mill Theatre is delighted to welcome a host of leading musicians and artists to their Leitrim Live Concert in Carrigallen on Saturday, September 25 at 5pm.

The event will feature the songs and music of Garadice with Eleanor Shanley, Charlie McGettigan, The Morrow Brothers and The Messages.

The night will be a fusion of folk, country, and traditional music and song, peppered with the wit and wisdom of Seamus O’Rourke, who is the evening’s masterful host.

Philip McIntyre of The Corn Mill Theatre, Leitrim’s only purpose-built theatre with its own award-winning amateur drama troupe, says the concert is a chance for people to simply enjoy themselves.

“Music, song, and drama has been sorely missed in our country, so we are thrilled to create an event for people to meet up, enjoy themselves and be entertained by the cream of our county’s entertainment business.

“While we are mindful of everyone’s health and safety, our aim is to have a care-free afternoon where we’ll remind people that the good times are back!”

Equally Seamus O’Rourke, one of the county’s most sought-after performers, said, “I’m looking forward to getting back on stage and lifting my own spirits as much as anyone else!

“For too long we’ve all been behind closed doors, mithered with our own thoughts. It's time to venture outside the front door and into the arms of thumping music, melodious song, and some questionable banter!”

The Leitrim Live concert is one of several live performance events run in Leitrim with the support of Leitrim County Council and The Department of Tourism, Culture, Arts, Gaeltacht, Sport, and Media.

The concert is also one of many events planned by The Corn Mill Theatre this year.

They have a series of workshops coming up with playwright Deirdre Kinahan to support budding playwrights. November 12-14 will see the theatre play host to 9 different amateur drama groups from around Ireland, as they compete for a spot in the All Ireland One Act Drama finals in Ennis (December 3, 4 & 5).

Award-winning director Ronan Ward is producing a new play Windows by Cavan playwright Alice Lynch which will take to the stage in October and compete in the All Ireland. And mark your diary for Christmas as The Corn Mill Theatre brings a blistering comedy to the stage, directed by Brian Reilly.