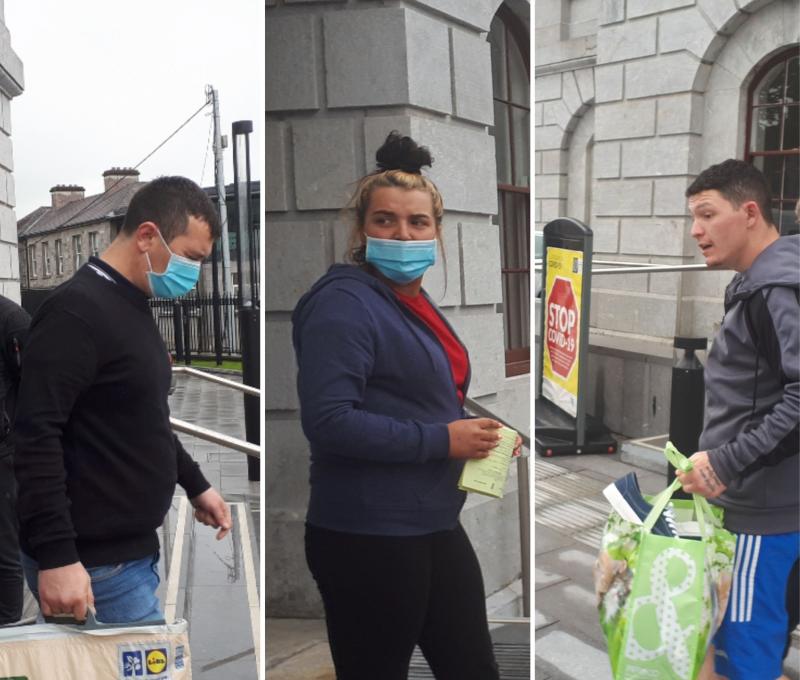 Two men and a woman accused of carrying out an aggravated burglary in Longford which left a man in hospital have been granted bail.

Mr Owens, a father of four and a former Dublin County Council employee for 19 years and Mr O'Brien were also charged with allegedly carrying out a Section 3 assault on a man after they allegedly entered a business premises on Wednesday night.

The court was told by Garda Declan Brislane of how gardai had been alerted to an incident in the Great Water Street area of Longford town shortly before 9pm.

It was alleged all three had been in an apartment at 6 Weavers Hall, Longford when a row broke out resulting in a man being assaulted by Mr O'Brien.

A second male victim, who attempted to intervene and break up the altercation was also allegedly assaulted by Mr O'Brien.

The male victim, who works as a local barber, fled the scene and returned to his local business at Sannis Place, Great Water Street where the three accused allegedly returned a short time later.

It was there, Judge John King was told, Ms Harper 'tricked' her way into the victim's business seconds before her two co accused defendants returned by banging on the windows of the property and pushed in a door.

Once inside it was alleged Mr O'Brien allegedly assaulted the victim for a second time before producing a knife.

Garda Ryan Canning told the court gardai had yet to retrieve any weapon but did reveal a driver's license, bank card and Samsung mobile phone belonging to the victim had been found in the getaway vehicle.

The court also heard how Mr Owens had been on bail at the time of the alleged incident, telling gardai after arrest, charge and caution for assault: "I didn't harm anybody" and "I didn't see a knife" when the charge of aggravated burglary was put to him.

Defence solicitor for Mr Owens, Fiona Baxter said her client had only moved to Longford recently after being forced to sell the family home having lost his job as a local authority worker with Dublin County Council.

Ms Harper, the court was told was an unemployed mother of one who was currently estranged from her partner in Mayo.

Her co accused, Mr O'Brien, the court heard had 26 previous convictions and had been allegedly arrested in the same clothing which had been identified by one of the injured parties.

All three were granted bail subject to strict conditions despite strong garda objections.

They included having no contact with each other or the alleged victims and to sign on daily at Longford garda station.

All three were likewise ordered to remain contactable and to surrender any travel documents.

Mr Owens was also told to stay away from the Great Water Street and Weaver's Hall areas of Longford town with Ms Harper and Mr O'Brien being ordered to abide by a curfew.

The latter was also instructed to stay out of Longford town.

All three were remanded on bail to appear back at a sitting of Longford District Court on June 8.