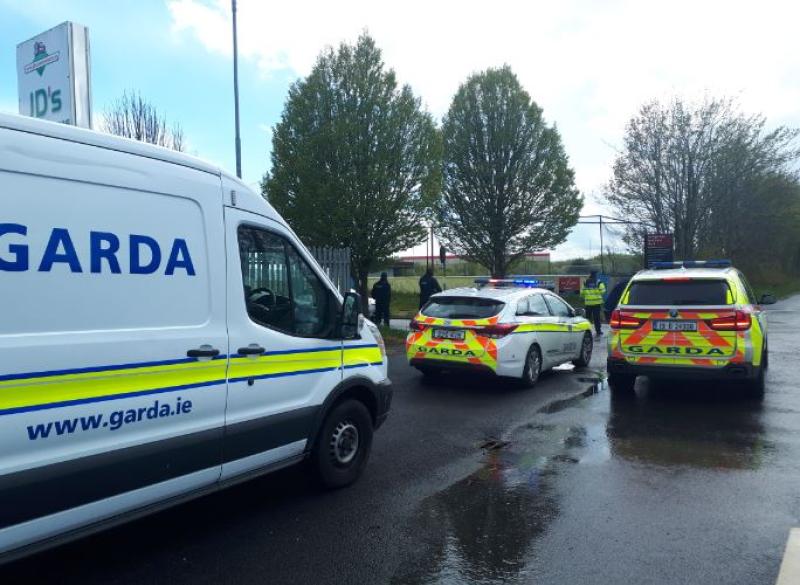 Gardaí were on hand to ensure a 2,000 sq ft marquee erected to host a Traveller wedding after party in Longford this afternoon was taken down.

Local authority chiefs secured a Circuit Court order this morning for the structure's removal following its emergence adjacent to a halting site less than 24 hours previously.

Several units of uniformed gardaí have been drafted in to maintain a 'watching brief' at the site this afternoon in a bid to prevent any unrest from taking place. While the Armed Response Unit was also in Longford town as part of its regular duties.

It's understood the marquee had been installed with hosting upwards of 200 people.

A number of the wedding party had earlier attended a ceremony at St Mel's Cathedral ahead of the proposed after party.

Cathaoirleach of Longford County Council Cllr Paul Ross hit out at the decision to construct the large scale marquee, insisting local authority officials had been left with little choice but to seek an emergency court order.

"It came to the council's attention yesterday (Tuesday) that a marquee had been put in place to host an after wedding party in Longford town," he said."

"Obviously with the current pandemic and public health guidelines on gatherings, the council could and would not sit idly by and allow this to happen in Longford town."

Cllr Ross said the development was one which had threatened to undo the recent progress both the council and various State agencies had done in attempting to keep a lid on Covid-19 case numbers.

"Our vaccination centre is open, something which we fought hard to get and to see a large public gathering in the midst of all of this really is a kick in the teeth to all of the ordinary, law abiding citizens of this county," he said.

"As Cathaoirleach of Longford County Council it is something I and my colleagues could not stand for."

Superintendent Jim Delaney confirmed gardaí were providing assistance to the council following the granting of the court order.

He also revealed attempts by officers to engage with both the wedding organisers and the owner of the marquee had ended in failure.

"We, as an organisation, employed our graduated policing response, being the 4 Es: Explain, engage, encourage and enforce as we have done right through the current pandemic," he said.

"We liaised with both families and the marquee owner and served them with written copies of the current State Covid-19 public health guidelines but both chose not to engage with us."

The Longford garda chief said despite that rebuttal, files on any suspected breaches of those regulations, will be sent to the Director of Public Prosecutions (DPP) to determine what, if any, charges can brought.