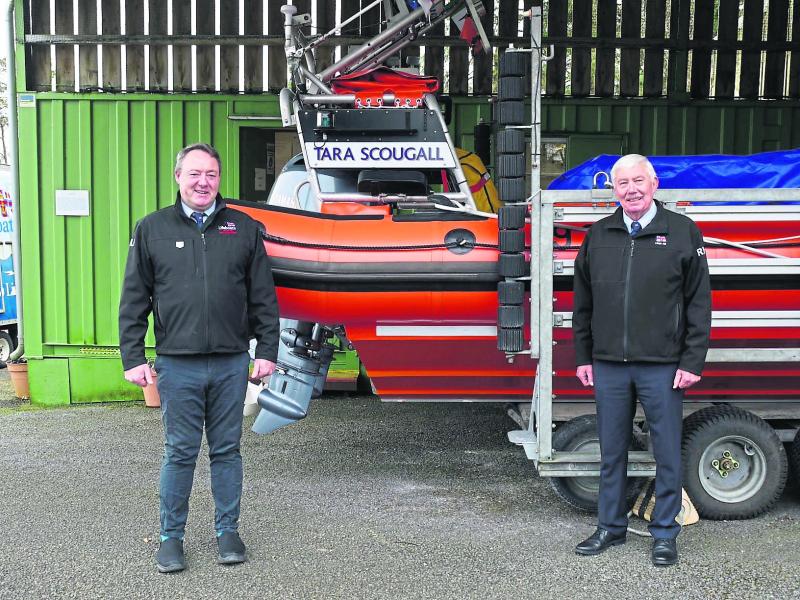 Jude Kilmartin (left), who is taking over as the Lough Ree RNLI station’s new volunteer Lifeboat Operations Manager. He succeeds Tony McCarth (right) who held the post since 2017

He succeeds Tony McCarth who held the post since 2017.

During his tenure, Tony McCarth led the volunteer crew of one of the country’s busiest lifeboat stations, welcoming the delivery of a new inshore lifeboat, the Tara Scougall, and most significantly overseeing the start of construction of a new €1.2m lifeboat station at Coosan Point in Athlone which is nearing completion.

Jude Kilmartin is not a stranger to the station, having served in the role of Deputy Launching Authority prior to his new position.

Taking over at the helm, Jude is looking forward to building on the work and leadership of his predecessor.

He said, ‘On behalf of all the volunteers at Lough Ree RNLI, I would like to Tony for his leadership and dedication to the station over the last few years. I am now looking forward to taking up this role at a very exciting time for Lough Ree with our new station build nearing completion.

‘The most important thing for us at Lough Ree RNLI is to always be available to come to the assistance of visitors to Lough Ree and to those in the community who live around the lake in Longford, Westmeath and Roscommon.’

From its base near Athlone, Lough Ree RNLI’s volunteer crew responded to more than 40 call outs last year helping people who got into difficulty on the lake.

The station has recently launched a major fund raising drive to raise €100,000 as a local contribution to the new boathouse which will greatly enhance the services to the community. To find out more about the appeal or to make a donation, you can visit www.gofundme.com/mfkuh-the-boathouse-appeal