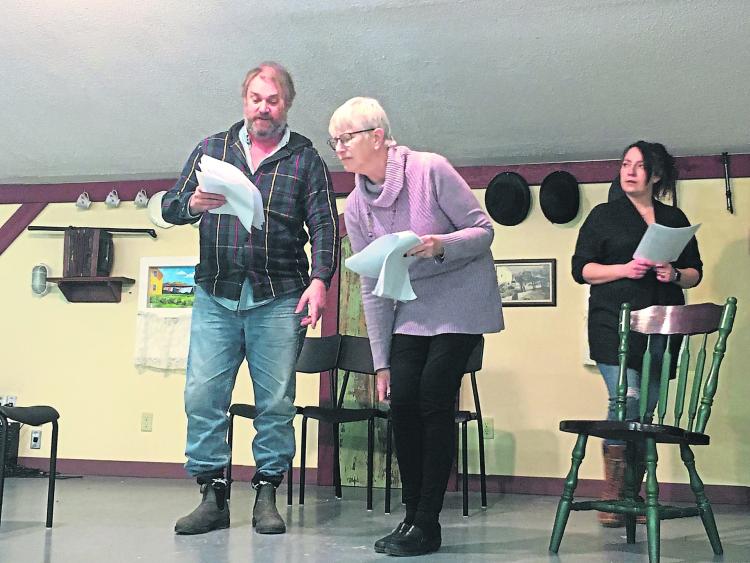 The BIS (Benevolent Irish Society) of the Canadian province of Prince Edward Island is beginning a six-night run of Rathowen playwright Jimmy Keary’s three-act comedy, 'For Better, For Worse' from Thursday, March 18.

The play is a sequel to 'The Two Loves of Gabriel Foley', which the group staged last year, and it is being staged in the Irish Cultural Centre, Charlottetown, the province's capital.

The play tells the story of the rocky early months of Gabriel and Chrissie Foley's marriage.

Matters aren't helped by Gabriel's acid-tongued mother, Aggie, who is living with them. Then Gabriel makes the mistake of asking his recently-widowed Aunt Lucy to move in with them.

This year, Covid-19 restrictions will be applied and seating capacity is reduced.

Jimmy explained, “This will be my first play on stage in over twelve months.” He added, “My plays first came to the BIS group's attention when the mother of one of the members of the group saw 'The Two Loves of Gabriel Foley' being performed in Killorglin, Co Kerry two years ago and thought it would be ideal for her son's group.”