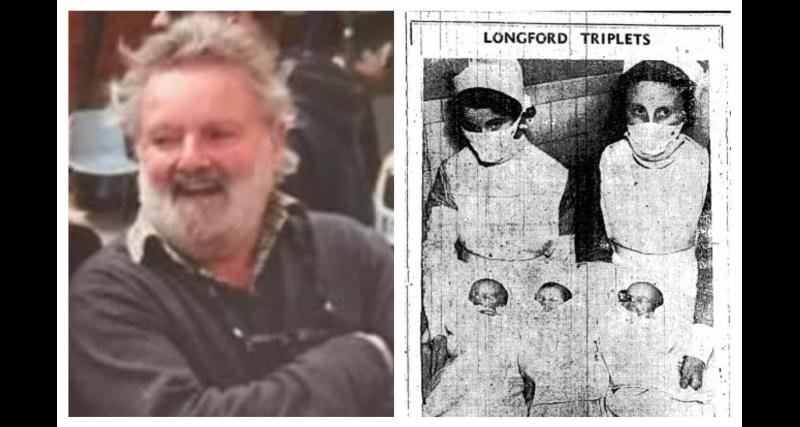 The death occurred, suddenly, at his home in Nottingham, on Tuesday, February 16 of John Raymond Connolly, known as Raymond.

Raymond was one of the Longford triplets born on September 27, 1941 to Peter and Ellen Connolly of Templemichael Terrace, Longford and was one of 12 children.

Image below is the front page of the Longford Leader from Saturday, October 4, 1941 recording the births of the late John Raymond Connolly, and his brother Leo and sister Margaret 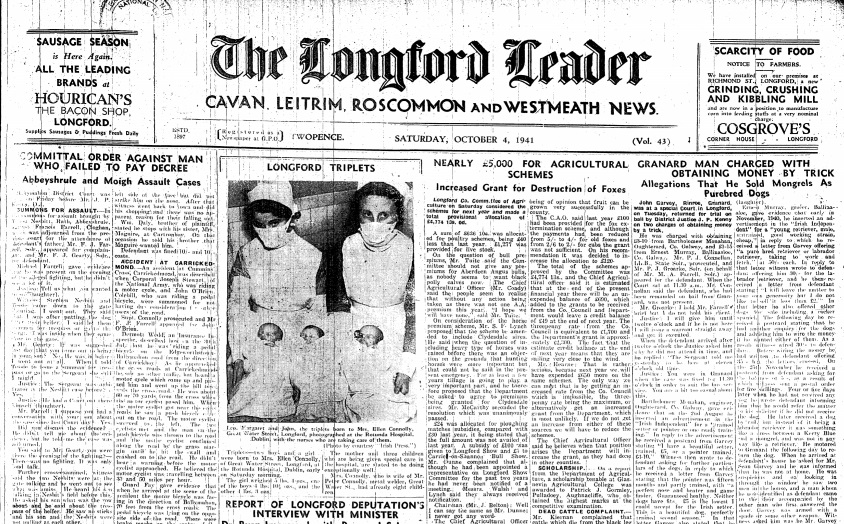 He is survived by his brothers Peter, Eamonn and Leo and his sisters Eileen and Margaret. Leo and Margaret are the surviving triplets who will be 80 this year.

Raymond moved to England in 1959 and returned to live in Cloonee, Longford in 1998 when he and his wife retired.

The funeral will take place in Nottingham and donations can be made to The Gorilla Organization, a cause very dear to him. www.gorillas.org/donate

Raymond will be sadly missed and always fondly remembered by his family and many friends in Ireland and England. 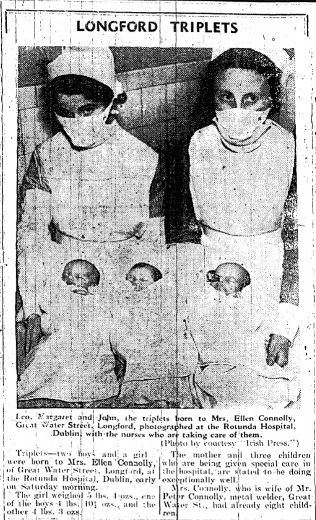