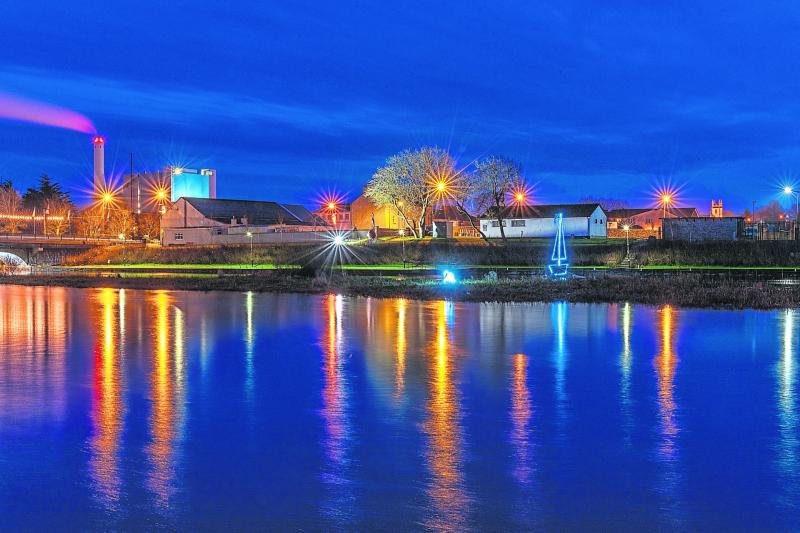 The generation of electricity at the ESB's Lough Ree Power Station in Lanesboro ends this Friday, December 18. This lovely photo of the power station by the River Shannon was taken by Brigid Mullooly

A near seven decade long ESB association with Lanesboro will come to an end this Friday as semi-state chiefs prepare to close the doors on Lough Ree Power Station for the final time.

Details surrounding its closure have remained a sticky topic of conversation for locals ever since the firm announced its decision to cease operations alongside its sister site at Shannonbridge in West Offaly some 13 months ago.

It was a move which was hastened some three months earlier by An Bord Pleanala’s refusal to approve the ESB in its attempts to redevelop its Shannonbridge plant towards biomass production.

Now, the best part of a year on, the south Longford town and its wider community are bracing themselves as they bid farewell to a firm which has helped underpin its local economy for almost 70 years and seen generations of families file through its doors.

Brendan Whitty spent 36 years on the ESB’s payroll in Lanesboro before retiring in 2002.

The former mechanical apprentice said whatever about the muted acceptance amongst Lanesboro’s local populous, the anguish concerning this Friday’s closure was still very much palpable.

“It is like a death in the family,” he told the Leader.

“You might be expecting it but when it happens it’s still a surprise.”

Unlike those employees who will hang up their overalls this Friday, Brendan never graced the corridors of its present day structure, instead plying his trade inside the confines of the company’s former station some 500 metres away.

Whereas critics of the ESB’s impending departure have shown little sign of ebbing away, Brendan insisted the atmosphere locally was not all doom and gloom.

“The local economy has been slowly adjusting to life without ESB through the years,” he said.

“I can’t speak for Bord na Móna but their staffing levels would have come down too. It’s a slow process but the Just Transition (Fund) is coming on stream and it will make up for it because since 2005, the staff in the new power station would only be about a third of what was there in the old power station.

“It’s a slow transition period and when it does go (on Friday) it will be missed.”

Farewells are never easy, but for Brendan and the wider Lanesboro community it’s hoped the dawning of a new, economically uplifting chapter might just be around the corner.