What to Watch: Here's what's new on Netflix this weekend 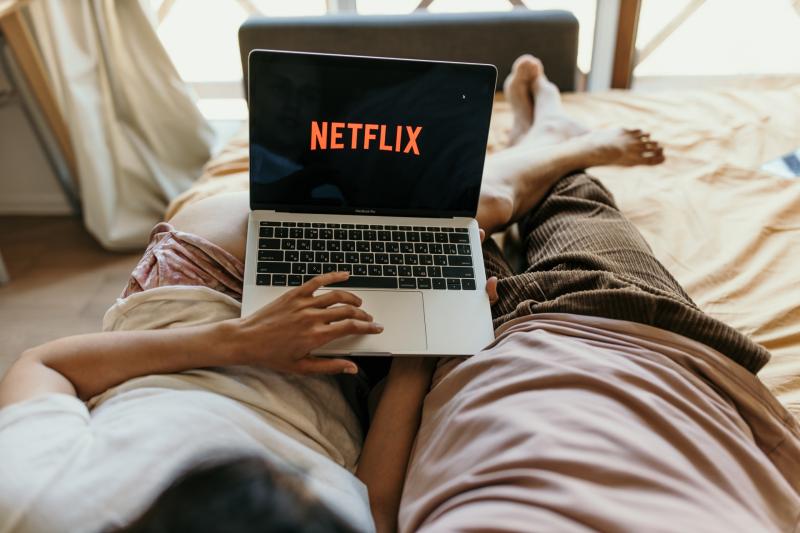 Timely as ever. Here's nine new shows and movies that have just landed on Netflix ahead of the weekend - choose your poison from the list below, grab some treats, and you're sorted!

In Sir David Attenborough's lifetime, he’s seen the world change drastically and  now he shares his personal witness statement and vision for the future.  The broadcaster recounts his life, and the evolutionary history of life on Earth, to grieve the loss of wild places and offer a vision for the future.  Produced by award-winning wildlife filmmakers Silverback Films and global environmental organization WWF, this unique feature documentary tells the story of life on our planet by the man who has seen more of the natural world than any other.

In more than 90 years, Attenborough has visited every continent on the globe, exploring the wild places of our planet and documenting the living world in all its variety and wonder. Addressing the biggest challenges facing life on our planet, the film offers a powerful message of hope for future generations.

Emily in Paris  (Now on Netflix)

Lily Collins stars as Emily, an ambitious twenty-something marketing executive from Chicago, unexpectedly lands her dream job in Paris when her company acquires a French luxury marketing company — and she is tasked with revamping their social media strategy. Emily's new life in Paris is filled with intoxicating adventures and surprising challenges as she juggles winning over her work colleagues, making friends, and navigating new romances.

The Boys In The Band (Now on Netflix)

More than fifty years after Mart Crowley's play became an unexpected smash hit for putting gay men's lives centre stage with honesty and humour, THE BOYS IN THE BAND returns to the screen in a new adaptation that reunites acclaimed director Joe Mantello with the all-star cast of the Tony-winning, 2018 Broadway production. In 1968 New York City - when being gay was still considered to be best kept behind closed doors - a group of friends gather for a raucous birthday party hosted by Michael (Jim Parsons), a screenwriter who spends and drinks too much, in honour of the sharp-dressed and sharp-tongued Harold (Zachary Quinto).

Other partygoers include Donald (Matt Bomer), Michael’s former flame, now mired in self-analysis; Larry (Andrew Rannells), a randy commercial artist living with Hank (Tuc Watkins), a school teacher who has just left his wife; Bernard (Michael Benjamin Washington), a librarian tiptoeing around fraught codes of friendship alongside Emory (Robin de Jesús), a decorator who never holds back; and a guileless hustler (Charlie Carver), hired to be Harold’s gift for the night. What begins as an evening of drinks and laughs gets upended when Alan (Brian Hutchison), Michael’s straight-laced college roommate, shows up unexpectedly and each man is challenged to confront long-buried truths that threaten the foundation of the group’s tight bond.

Based on the acclaimed podcast of the same name, and from host Hrishikesh Hirway and Oscar®-winning filmmaker Morgan Neville, each episode of Song Exploder features some of the world's greatest musicians as they reveal how they brought one of their songs to life. The series weaves together in-depth interviews, archival footage, and raw recordings as each artist breaks down their song, layer by layer, sharing intimate insight into the personal inspiration behind the music and lyrics.

Featured artists include 15-time Grammy® Award-winning artist, songwriter, and producer Alicia Keys, who breaks down “3 Hour Drive” from her 2020 album, ALICIA; Pulitzer Prize, Grammy, Emmy, and Tony Award-winning composer, lyricist, and actor Lin-Manuel Miranda, who delves into the creation of “Wait for It” from the musical phenomenon “Hamilton”; Rock & Roll Hall of Famers R.E.M. who open up about the influences behind the life-changing track “Losing My Religion”; and Grammy-nominated singer, songwriter, and producer Ty Dolla $ign who discusses the inspiration behind “LA,” the deeply personal opening track from his gold-certified major label debut album, FREE TC.

American Murder: The Family Next Door   (Now on Netflix)

In 2018, 34-year-old Shanann Watts and her two young daughters went missing in Frederick, Colorado. As heart-breaking details emerged, their story made headlines worldwide.  Told entirely through archival footage that includes social media posts, law enforcement recordings, text messages and never-before-seen home videos, director Jenny Popplewell pieces together an immersive and truthful examination of a police investigation and a disintegrating marriage. AMERICAN MURDER: THE FAMILY NEXT DOOR is the first film to give a voice to the victims.

Vampires vs. the Bronx   (Now on Netflix)

A group of young friends from the Bronx fight to save their neighbourhood from a band of vampires.

While a lifetime of making documentaries has convinced her of the power of true stories, Kirsten Johnson is ready to use every escapist movie-making trick in the book if it will help her 86-year-old psychiatrist father elude death.

Carmen and her crew touch down in Mexico City, New Orleans, Venice and more on their quest to stay one step ahead of V.I.L.E.

Cory, Chrissy and Freddie are on the hunt for king-sized candy bars this Halloween! But are all the treats worth the trek to the spooky side of town?