Taoiseach confident Mairead McGuinness will be an excellent Commissioner 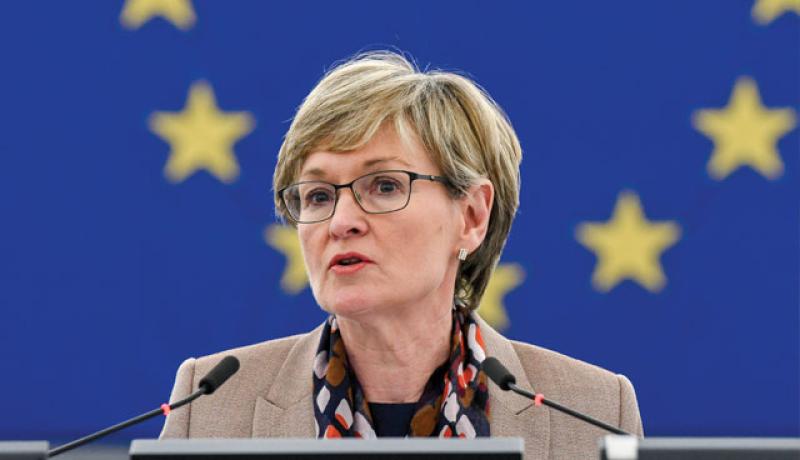 Taoiseach confident Mairead McGuinness will be an excellent Commissioner

The announcement will almost certainly clear the way for Colm Markey, currently a Fine Gael councillor in Louth, to fill the vacancy left by Ms McGuinness in the European Parliament.

Former Latvian prime minister Valdis Dombrovskis has been given the Trade portfolio, left vacant following the resignation of Phil Hogan.

Prior to becoming an MEP, Ms McGuinness was a well-known journalist, broadcaster and commentator and hosted Ear to the Ground on RTÉ. She was elected first vice-president of the European Parliament in January 2017 and was re-elected to the post in July 2019.

Mr Martin added: "Mairead McGuinness has represented Ireland in the European Parliament with distinction for sixteen years, and I am confident that she will now be an excellent Commissioner, working for the whole of the European Union.

“The Financial Services portfolio is a hugely significant one and I am very pleased that this post has been secured for the Commissioner designate. I would also like to thank Andrew McDowell for putting his name forward for consideration, and wish him the very best for the future.”

Mr Phelan said, “Mairead McGuinness has been a very capable representative of Irish interests at EU level for many years, especially in relation to CAP and Brexit. I have no doubt that she will continue to do her utmost to keep Ireland’s perspective on Brexit centre stage at the EU Commission.”

“ICSA looks forward to continuing to work closely with Commissioner McGuinness over the coming months and years.”