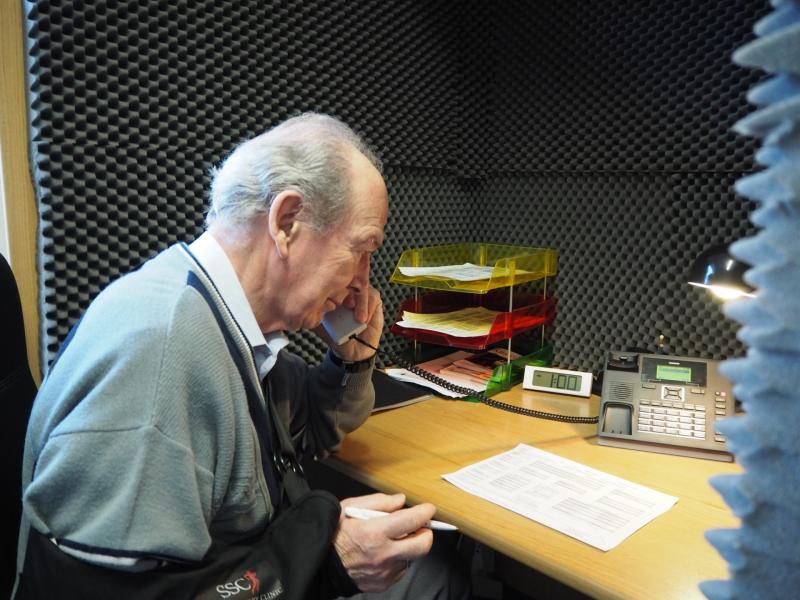 Joe, 71, (not his real name) who lives alone in Co Longford has been phoning SeniorLine almost every day since Covid-19 arrived.

“I get very nervous and worried about the future, and know I can lift the phone to them. I began contacting them three years ago after my wife died, and they were very kind. They just gave me time to talk which was what I needed,” he said.

SeniorLine, Ireland’s confidential service for older people received just under 10,000 calls last year. The service is delivered by 180 trained older volunteers, and the ability to speak to another older person is one of its many advantages.

Joe is not alone as an older person in the north midlands who need extra support in these uncertain times.

Since March, calls increased initially by over 200%, and today the service receives double the amount of calls each month compared to 2019.

SeniorLine responded by offering specific Covid support to callers, plus information on local community services, specialist health services, psychological guidance and above all a listening ear. Damian Leneghan, SeniorLine Programme Manager says the passage of the virus and how it has affected older people can be tracked by call patterns to the service:

‘At the start, when older people were all classed as frail and vulnerable and told to stay at home, many callers felt hurt and indignant at being so portrayed. This had a negative effect on the confidence of many older people as a whole’, he said.

‘However, our evidence would indicate that over 70s were very responsible and did conform. As times went on, new problems arose. Many became depressed and lonely at home, particularly those who lived alone and were separated from family and friends’.

The scene changed again when lockdown restrictions lifted and permission to leave home was given. Many older people were now afraid to leave home and felt nervous about going out again. Joe was among this number: ‘I was told the only safe place was at home, so I felt quite vulnerable when I began to move out again. SeniorLine was very helpful here, in discussing safe options with me and encouraging me to take small steps’ he said.

Looking to the future - having family and friends nearby, an inner resilience and a garden are coming through as major assets for older people these days. SeniorLine analysed data over the past three months and concluded that social, personal and environmental factors combine to play a crucial role in mental and emotional health as we grow older, and particularly since the advent of Covid-19.

The service identifies two worrying aspects that need attention. These are the possible negative long-term effects for over-70s in being isolated home alone for so long, and concerns on the effect the virus will have on future mental health. ‘As time has gone on, our volunteers are dealing with many difficult calls. Some people are very low’, said Damian Leneghan. ‘We have never been as busy, and we feel there will be an ongoing need for a readily accessible support service such as our own, able to respond immediately to provide company, information and support and giving that confidentiality that callers can trust’ he said.