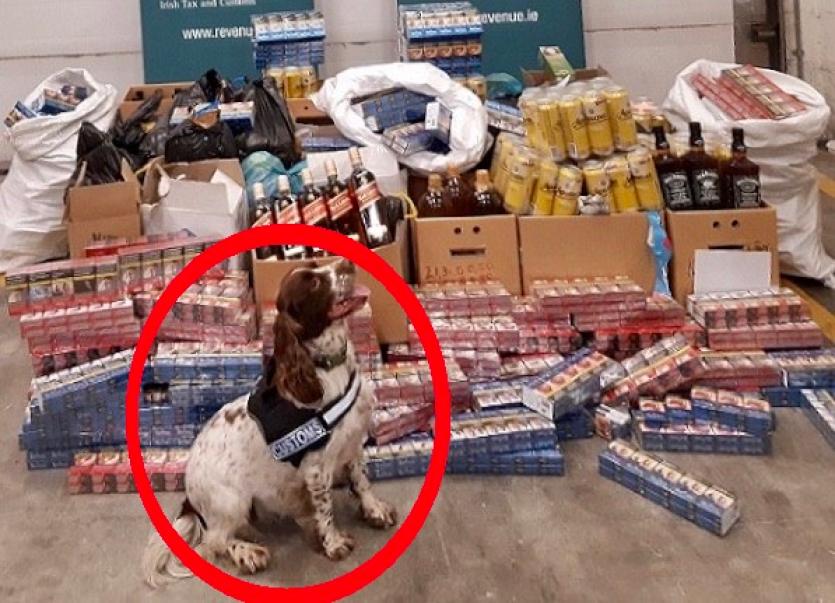 Kelly with the confiscated goods

The operation was as a result of routine profiling.

The smuggled cigarettes, branded ‘Marlboro’, ‘Rothmans’, ‘King’, ‘Sobraine’, and ‘Dunhill’ and tobacco branded ‘Old Holborn’, ‘Golden Virginia’ and ‘George Karelias & Sons’ have a combined estimated value of almost €23,000, representing a loss to the Exchequer of €19,630. 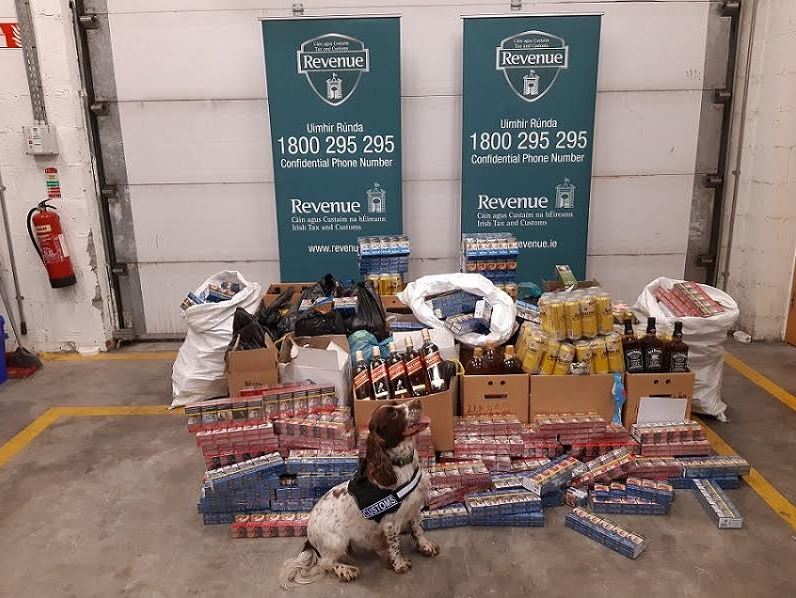 As part of the same operation, Revenue officers also seized 308 litres of smuggled alcohol with an estimated retail value of €6,700, representing a loss to the Exchequer of €3,938.

The seized products were discovered when Revenue officers conducted an examination of two vans, driven by men originally from Bulgaria, which had arrived in Dublin Port via Hollyhead.

These seizures are part of Revenue's on-going operations targeting smuggling and the supply and sale of alcohol and cigarettes in the shadow economy.

If businesses or members of the public have any information regarding smuggling or the sale of illegal cigarettes or tobacco, they can contact Revenue in confidence on 1800 295 295.

Also read: Living the dream: Newtowncashel lady’s ambition to ride horseback on the beach... in her wedding dress