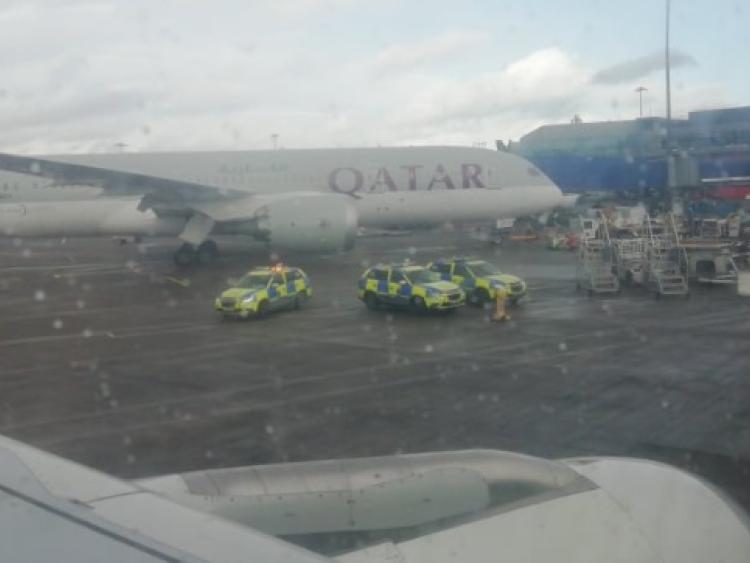 Gardaí on the runway in Dublin airport

A Longford resident, who was on the recent flight from Amsterdam to Dublin where a Dutch man falsely claimed he had been in contact with his mother who had coronavirus, has spoken out over the terrifying ordeal.

Job Van Der Broek, a 30-year-old trainee driving instructor, caused huge upset on the Aer Lingus flight due to arrive in Dublin Wednesday, March 11, as he refused to comply with in-flight policies and allow the air hostesses to conduct the safety demonstration.

According to reports, the man also refused to hang up a call on his phone or place it in airplane mode, with the situation soon turning hostile. The incident was described as extremely upsetting and resulted in tears for some of the on-board flight attendants.

After the plane landed in Dublin, passengers were left stranded on the runway while HSE workers and members of An Garda Síochána dealt with the incident. The man in question is said to have treated the incident as a joke, attempting to take pictures with gardaí and HSE staff.  He was subsequently jailed for 2 months and was later granted bail.

Dwain E. Schouten, a resident of Teffia Park in Longford and Kinnegad native, was on the flight in question on Wednesday, March 11, returning from a visit to his father.

He told the Leader: “I was visiting my father in Amersfoort as I was worried about him.”

Dwain, who was sitting on the emergency exit of the flight, first realised something wasn’t right when he saw a stewardess going into the cockpit.

He stated: “A lovely stewardess called Aoife gave the game away that something was up.

“The head stewardess went into the cockpit, which never happens.

“Shortly after, the head stewardess reported back to the captain again for a second time.”

It wasn’t long before all passengers soon realised something was up, with the captain requesting passengers remain seated upon arrival in Dublin.

Dwain said: “The captain asked everyone to remain seated when we landed.

“I remained seated before the announcement, but so did others. It's kinda like we knew something serious was up.”

This was when Dwain and fellow passengers spotted the arrival of two garda jeeps on the runway, a number which soon increased to six. The plane was immediately quarantined for a HSE and garda inspection, a worrying experience for passengers as gardaí boarded the plane equipped with face masks.

Dwain recounted: “I asked the guy in front of me if he had seen anything like that before and he said he hadn’t.

“The guards boarded the plane first, three of them. One was wearing a mask, one had taken his off and the other didn’t bother with one.

“We were maybe on the runway for an hour and forty minutes.” Dwain said.

An on-flight image captured by Dwain 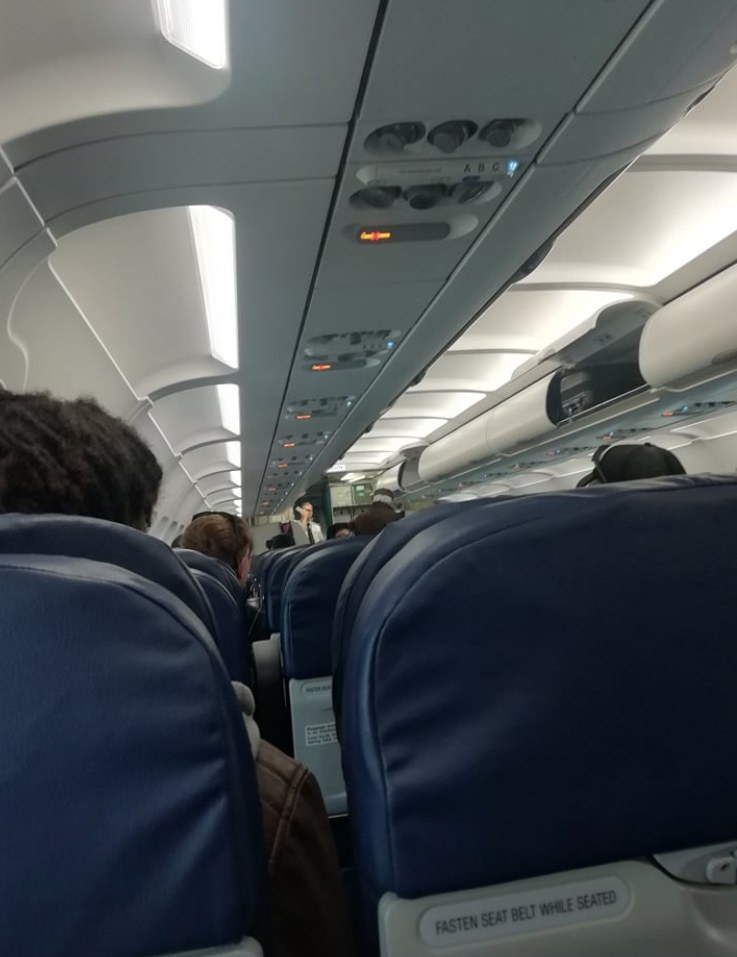 The Teffia resident praised air stewardesses on board for their professionalism during the ordeal, before describing the terrible feeling among passengers thinking they had been exposed to the Covid-19 virus.

He said: “The flight attendants were very professional. If they cried, they cried when we left and I wouldn’t blame them.

“The man was laughing. I had a private chat with one stewardess, but I knew she was very nervous. She told me what he had said and we helped calm each other down.

“She then let me use her phone to ring my ex as I was supposed to have my son Micheal this weekend. Obviously, if I am exposed, that can't happen.

Continuing he said: “You're led to believe you have been exposed to a virus. That's a bloody terrible feeling. I was surprised we were even let off the plane.”

SEE HERE: For all of the latest news on the coronavirus outbreak