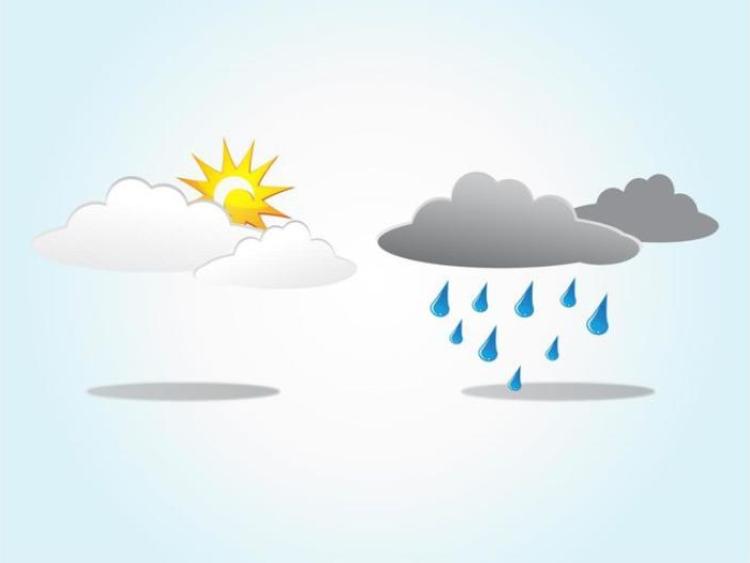 The weather forecast for the coming days for Ireland from Met Eireann is for it to be mostly dry although there will some rain tomorrow and at times over the coming weekend.

The weather forecast for Ireland for Thursday from Met Eireann is for rain to spread to most places during the morning. Drier periods will develop during the middle of the day, but persistent rain will return to western areas later in the afternoon. A blustery day with maximum temperatures of 9 to 12 degrees. South to southwest winds remain strong and gusty throughout the day, before easing and veering northwest in the evening.

Showers or rain will clear on Thursday night and most areas will become dry with Northwest winds gradually easing. A touch of ground frost may form as temperatures dip to between 2 and 4 degrees.

This evening and tonight will be largely dry with no frost. However, rain will reach the west by dawn and it will become windy overnight.
Tomorrow will be a windy day with outbreaks of rain.

Rainfall forecast for the next 24 hours pic.twitter.com/xFS6HoggHl

The weather forecast for Ireland for Friday from Met Eireann is for a mostly dry day with a good deal of bright weather, especially in the east. Showers may affect northern parts of Ulster, spreading a little further south on Friday night. Maximum temperatures 6 to 10 degrees, mildest in the southeast. Winds light to moderate westerly, but strong and blustery along the north coast.

A nationwide forecast and outlook covering the next week can be found here. https://t.co/9gKN6SVok4 pic.twitter.com/H1T91fUbiu

The weather forecast for Ireland for the weekend from Met Eireann is for it to be mostly dry with some bright spells as high pressure lying to the South of Ireland dominates our weather. Weak weather fronts close by may bring a little drizzly rain occasionally to parts especially in the North and West. The best of any sunshine will be in the south and east. Temperatures around average for this time of year with daily maximums around 8 to 10 degrees. Winds light to moderate southwesterly, a little fresher near north and west coasts. Becoming more breezy generally later in the weekend.