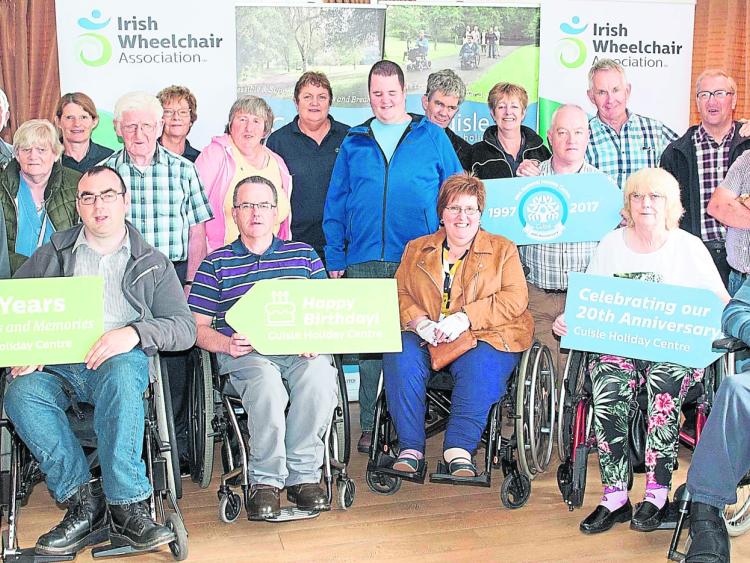 Fianna Fáil TD for Roscommon-Galway Eugene Murphy says that Minister Finian McGrath was shocked by details brought to his attention by Oireachtas members at a special meeting which took place this week in Leinster House in relation to the Cuisle respite centre in Donamon, Co Roscommon.

He stated, “Minister McGrath informed us that the Irish Wheelchair Association received almost €40 million in funding nationally from his Department in 2019.

"This beggars belief – if the Irish Wheelchair Association received this level of funding in 2019 combined with their own fundraising efforts surely they have enough money available to carry out the necessary upgrading and repair works which is estimated at €1.2m to keep the Cuisle Centre in Donamon open,”

Deputy Murphy said that 48 jobs were at stake and he noted that “it was time for the IWA to pull their horns back in and meet with elected representatives and Oireachtas members when requested”. He noted that workers and service users had been treated disgracefully.

Deputy Murphy organised the meeting in Leinster House on Wednesday with the Minister of State for Disability Issues with his fellow Oireachtas members in relation to the future of the Cuisle respite centre in Donamon, Co Roscommon following the shock announcement over it planned closure.

“The Minister indicated that he was seeking clarification on certain issues and he would revert back to us in a few days but I would be hopeful that he may be able to offer some solutions. Questions were also raised about the referral process by the Irish Wheelchair Association to the Cuisle centre in Donamon.

“The Minister also acknowledged that the model of care was changing but I would make the point that many hotels cannot offer services for a significant number of people with disabilities and a hotel cannot offer the same level of service as Cuisle – many people with disabilities are going to Cuisle for years- they are familiar with staff- they have excellent services- it is a home from home for them- and they would not get that same level of service in a hotel.

“The Minister was also critical of the very short notice given to workers in Cuisle and I also understand that some IWA members and services users only learned of the shock announcement through media reports which is outrageous,” said Deputy Murphy.

Deputy Murphy also raised the issue of the Cuisle Centre during Topical Issues in the Dáil chamber on Wednesday evening.

“The Cuisle respite centre provides essential services to wheelchair users from Roscommon, Galway and right across the country.  It has been facilitating respite and short breaks for people with disabilities and their families for over 20 years and has been described as Ireland’s leading wheelchair accessible resort”, said Deputy Murphy.

“We are all too aware of the long waiting lists for respite care, and the closure of this facility will only add to the distress and frustration already being experienced by families.

“This centre is a vital resource for so many people and it’s closure would be felt far and wide.  I believe there is an opportunity to secure its future and have outlined my commitment to Cuisle to Minister McGrath today.

“The Minister indicated that he must clarify certain issues and will revert back to us in a few days and I look forward to further engagement with the Minister in a bid to save this vital facility”, concluded Deputy Murphy.