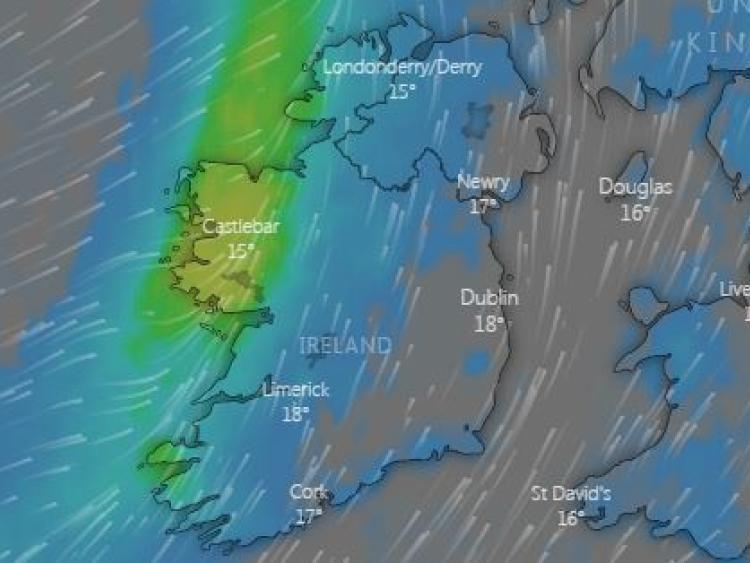 Longford is set to get heavy rain this week | Picture: Windy.com

IF YOU were sick of the dreary weather all week, you're out of luck, as Met Eireann predicts a number of rainy spells all week.

Tomorrow, however, is expected to be predominantly cool and cloudy nationwide, with temperatures ranging from 15 to 18 degrees.

There will be more chances to soak in the vitamin-D in Longford, though, as it is expected to be partially sunny for most of the day with a bit of a sun-shower in the late afternoon.

Things look a little bleak for Tuesday, as there will be widespread dull and drizzly conditions nationwide. In Longford, there will be frequent spells of rainfall, from light to heavy conditions until it eases at around 8pm. Maximum temperatures are expected to be 17 degrees.

Wednesday is expected to be worse in most parts of the country, as it will be wet and windy throughout the day. In Longford, there will be heavy rainfalls, according to Met Eireann, but is expected to clear in the early evening.

It will be mild and partially cloudy on Thursday, with maximum temperatures reaching 20 degrees.

This warm weather is expected to peak on Friday at 25 degrees in some parts of the country, but will be predominantly cloudy.

Rainfall is expected on Saturday.