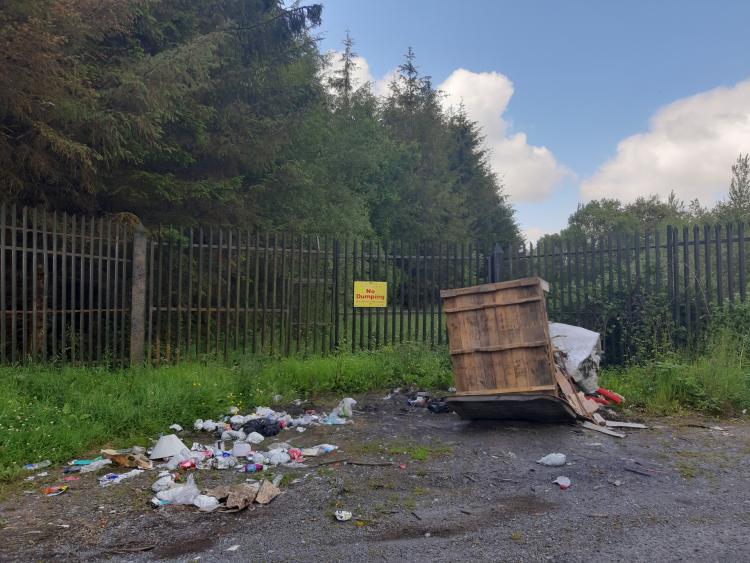 Illegal dumping is a problem which has been steadily on the increase in Longford and one which doesn't seem to be going away, with fresh reports of further instances in close proximity to Longford town.

One such case was spotted by a member of the Longford Leader team on the Cooleeny road from the Longford Animal Health centre (N4) to the Ardagh road. The sizeable portion of rubbish was dumped at a layby next to two ‘no dumping’ signs.

“It is the time of year that people seem to indiscriminately dump rubbish,” he lamented.

“The area itself is a known area for dumping. We had cameras up before and we will be putting cameras back up there now.”

Gary told the Leader they are aware who is the likely perpetrator of the latest offence, before admitting his deep frustration at these increased incidents of fly tipping, especially with the cost of disposing rubbish now at one of it's lowest ever levels.

He told the Leader, “It is now cheaper than it ever was to get rid of rubbish.
“In fact, it’s only a margin of the price. It is just very frustrating.”

Gary confirmed that this fresh load of rubbish will now be collected alongside other illegally dumped rubbish in other black spots throughout Longford imminently. He said he and the team of staff working hard to clear Longford of such rubbish, will continue issuing fines to try and halt the behaviour.

“We are actively trying to stop this. But it is a constant battle against people that don’t care.

“Between us all we are increasing the number of detections.”

Although this may be seen as a positive step, Gary called for a change in the way people are prosecuted to stop illegal dumping once and for all, noting the current system for prosecuting is not working.

“I firmly believe that an attachment order made to recoup costs is the only way to deal with these people,” he concluded.