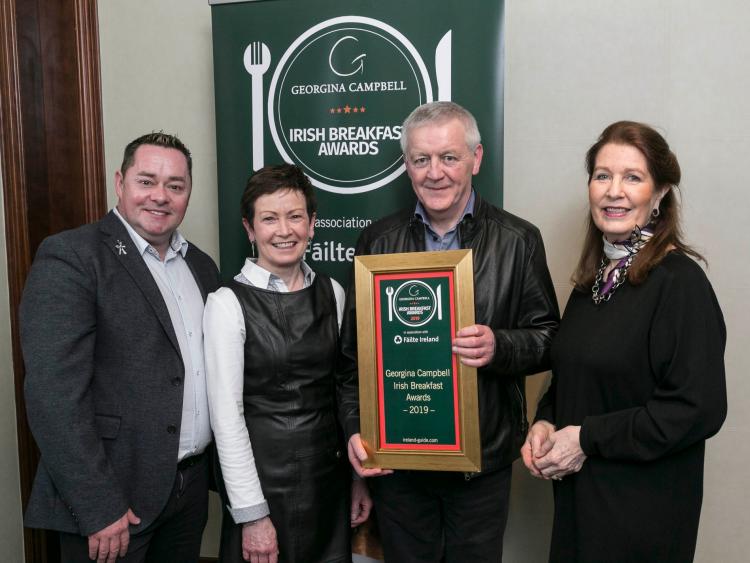 The winners of the 2019 Georgina Campbell Irish Breakfast Awards, in association with Fáilte Ireland, were announced earlier this week with well-known Viewmount House in  Longford receiving a Highly Commended accolade for its Irish breakfast offering.

Now in their third year, the Irish Breakfast Awards celebrate Ireland’s leading hospitality establishments who strive to make the first meal of the day a  special experience for visitors. The breakfast awards category was one only introduced this year and the Longford guesthouse was one of four establishments highly commended for their breakfast offering.

The guesthouse is surrounded by beautiful gardens created over two decades and its famous VM Restaurant has taken the midlands by storm since opening in 2008. The breakfast offering has been described as “very delicious” and served in the “unusual” vaulted dining room setting.

The winners were chosen as part of anonymous assessment visits as part of a year-round process and, with the exception of this year’s Brunch Award, it was open to public nominations. Reports are then fed through to the hospitality website Ireland-guide.com.