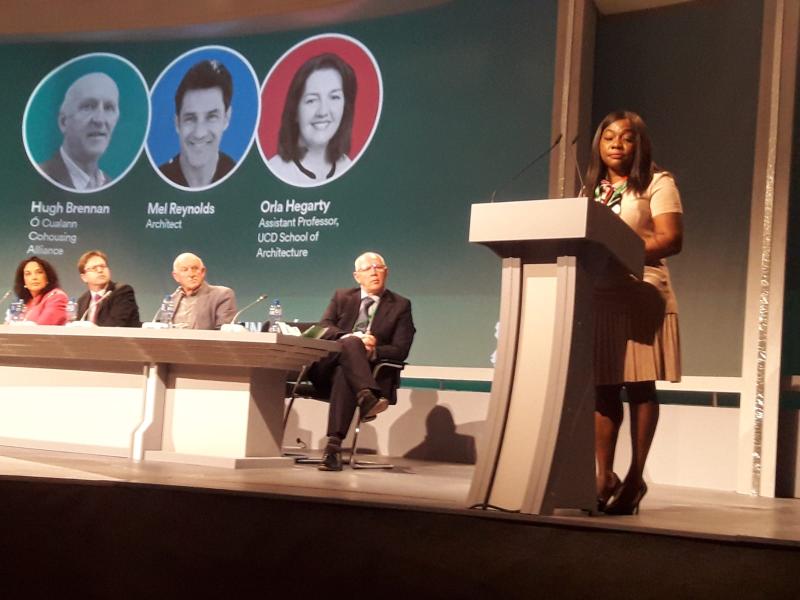 Uruemu Adejinmi, a first-time local elections candidate, is set to become the first ever African candidate to contest a Longford election.

The election candidate addressed the recent Fianna Fáil Ard Fhéis for the first time and is set to run in the Longford Municipal District.

Uruemu Adejinmi has been living in the county for 16 years now and says she chose to run with Fianna Fáil as it is the ‘party of the people’.

She said: “I joined Fianna Fáil because it has the ideals I aspire to. It is the party of the people and for the people and will help me be the person I want to see serving my Longford community.”

She said the main issues she is aiming to tackle is the housing crisis, a lack of hospital beds and homelessness.

“Homelessness, housing crisis, hospital beds – these labels frequently used stops us from seeing the real people; the sons, daughters, parents and families in this struggle. We must focus on the people.” she explained.

She went on to focus extensively on the housing challenge and said: “Social and affordable housing was a revolutionary idea over 100 years ago. It was an asset-based welfare focus that helped people become homeowners. That changed in recent years to just a welfare-based system with the concept of home ownership removed.”

She warned that many State employees cannot afford their own homes and told the Ard Fhéis: “Rather than consign generations to welfare and the nation’s public servants to the whims of the private rental sector, we must now take revolutionary steps and focus the millions of Euro to helping people become homeowners.”