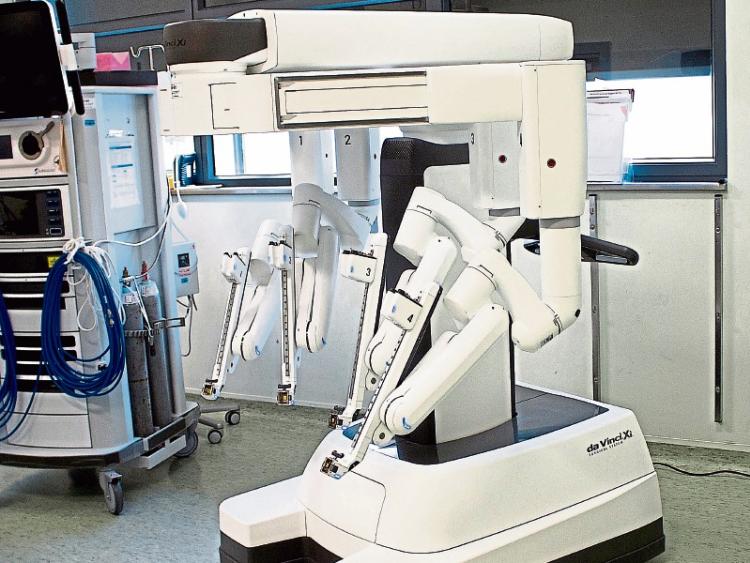 Robots to replace jobs in Edgeworthstown

A recent research study carried out by figures from the University College Cork (UCC) has found that two of every five jobs in Ireland are at high-risk of automation in the future.

The report, titled ‘Automation in Irish Towns: Who’s Most at Risk’, examined the impact of automation across urban areas in Ireland and identified the towns most at risk to automation. The town featured at the top of the list was Longford’s Edgeworthstown. Jobs that were labeled as most at risk included office jobs, secretarial and administrative positions, process plant operators, customer service jobs and jobs in agriculture.

The jobs listed as being least at risk to being automated are in the areas of teaching and education, the arts, media and culture related positions, health and social care and research and development positions. The report was conducted using 2016 Census data and local Councillor, Paul Ross, said the study was carried out by people who never even visited Edgeworthstown as he dubbed it a “pie in the sky study".

Cllr Paul Ross said: 'It's a bit of a pie in the sky study from a college down in Cork which I assume was based on the use of CSO figures by its authors who never even visited the town. Edgeworthstown is like any other town with industry and to say it will be hit worst than any other town of its size is questionable to say the least.

The town is ideally placed on the north, south, west and east corridor with excellent road and rail facilities and with the extension of the N4 motorway we will be just an hour from Dublin."

The Fine Gael local representative was also at pains to stress how Edgeworthstown was already well positioned to cash in on Ireland's improving economic well-being after funding was recently set aside for a new business hub.

"It's a flash in the pan if you ask me. You are talking about automated cars coming in which could easily replace taxi drivers and lorry drivers. This, to me, is a slow news day and nothing more than a gimmicky headline."

Richard McCaffrey, who is the MD of Dynamic Control Solutions Ltd, responded to the recent story, noting that using automated machines help eliminate the risk of injury claims.

"We are machine builders and integrators of automation equipment for the manufacturing industry. We would deal with a lot of the multinationals and would develop, build and support automated equipment on their production lines.

"Obviously with automated equipment you remove the need for a repetitive injury claim."

Robots can do a job and it takes the element of risk out of doing a job. An operator can do a very repetitive task but in the manufacturing industry where you could have up to four different shift cycles, companies can reduce a lot of their manufacturing costs by utilising one robot instead of four to eight operators." he said to the Longford Leader.

On news that Edgeworthstown is most at risk of job losses due to automation, Richard spoke of his surprise that areas such as Galway weren’t listed higher than Edgeworthstown.

"I heard that alright and yes, Edgeworthstown does have a few very large employers, C&D Foods, Paul & Vincent and they would have automated lines in place but I would still have thought the likes of Shannon, Athlone  and Galway with large manufacturing employers in place they would be more likely to be heavily affected." he said.

These views were shared by the chair of the Edgeworthstown Traders Association and owner of The Sportsman Inn, Gerry Lynn, who described his shock at Edgeworthstown featuring so high on the list.

“Maybe it is because we have a couple of factories and people think they are mainly automated,”

“I was surprised.” Gerry told the Longford Leader.

He noted that change is inevitable especially with advances in technology and says people should not be too surprised at the news that automation is likely to increase. He also said that he feels there are bigger issues facing the town that just robots.

“Towns across Ireland are changing beyond recognition,” Gerry said.

Other locals from Edgeworthstown spoke of their surprise at the town been listed as the most at-risk in the country, with many struggling to believe the news. Ceire Duffy of Duffy’s Supervalu reiterated her company’s support to employing people.

“I was very shocked.” said Ceire to the Leader.

“It is happening already, but I hope it doesn’t get as far as Edgeworthstown.”

One local questioned what would people do if this were true, whilst another said they can't see it happening.

“If they replace people with robots, what will the people do,” said local Karen Fox.

Listen to the reaction from locals below. Featured in the vox pop below is Ceire Duffy, Sinead Flood, Julie Kelly, Karen Fox, Lisa Garry and Gerry Lynn.