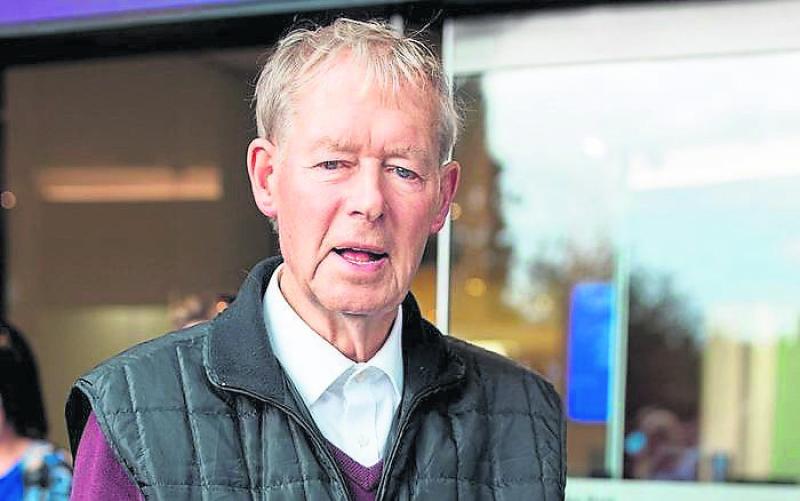 Legendary GAA commentator and gaeilgeoir Mícheál Ó Muircheartaigh will be the guest speaker at the 98th Clonfin Commemoration which takes place on Sunday, February 3 next.

The famed Kerryman will speak at the site of the Clonfin Ambush, between Ballinalee and Granard, to mark this year’s anniversary.

“Mícheál Ó Muircheartaigh is born out of a rich tradition, with a passion for the Irish language and commitment to GAA, dúchas and a heart this is forever young,”Sr Maeve Brady of the Clonfin Commemoration Committee said.

“No doubt his enthusiasm will be infectious and he will help us individually and collectively to chart a way forward in building an Ireland based on remembering, reflecting and re-imagining.”

This year’s ceremony starts with the 11.30am Mass in St Mary's Church, Granard offered for all deceased members, followed by the commemoration ceremony at the Clonfin site at 3pm.

In this Decade of Centenaries, the Centenary of the Clonfin Ambush will take place in 2021 marking a significant event in the War of Independence. It is fitting therefore that this year’s theme celebrating the 98th anniversary embraces the slogan used during the 1916 Centenary celebrations - Remember - Reflect - Re-imagine.

The Clonfin Ambush was carried out by members of the North Longford Flying Column, part of Óglaigh na hÉireann on February 2 1921. Twenty-one men from the unit, led by Séan MacEoin, planted a mine and lay in wait for tenders carrying the Black and Tans. When the tenders arrived, it was the dreaded Auxies (Auxillaries) on board and the mine exploded under the first tender, throwing its occupants overboard.

This led to a battle that lasted over two hours. During the fighting, the commander of the Auxillaries Lt Commander Worthington Craven died and after his death the remaining policemen surrendered. In total four Auxillaries died that day and eight were wounded.

The Clonfin Ambush ended when reinforcements of police and Black and Tans arrived and members of the North Longford Flying Column escaped after a second engage of fire. They later fled to nearby Bracken Wood where they took a roll call, checked their captured arms before each of them headed off into the night.

Each year, the battle is remembered on the site of the Ambush, which has been developed in recent years. Members of the Clonfin Committee once again thanked family, friends, donors and the Hosey family for their interest and encouragement in the refurbishment. They also thanked Longford County Council for their advice and financial support in the work of the site.