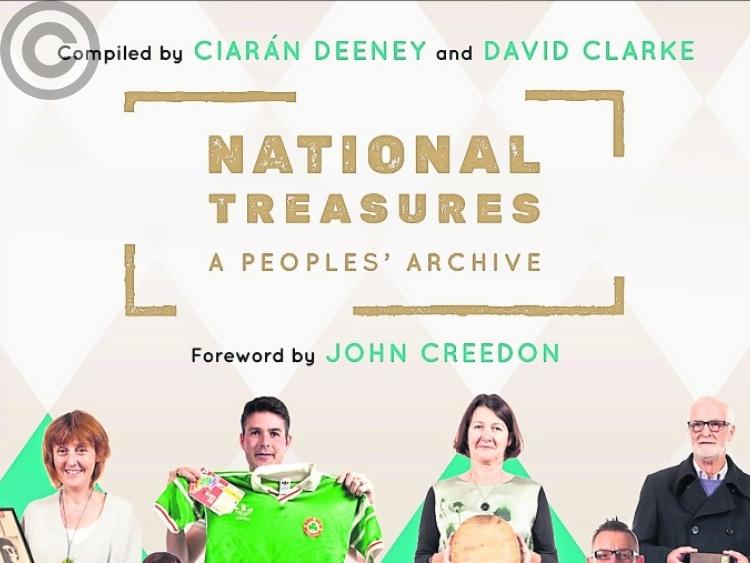 Derek Cobbe from Longford is one of the featured contributors in the brand new National Treasures book, which is the latest installment of the National Treasures project that captured the nation’s imagination when it aired on RTE 1 earlier this year.

Derek, who owns a Guinness Bottle that was used as a prop in the film Ryan’s Daughter, is one of a select few individuals to be featured in the publication which is sure to be a top seller around the country this Christmas.

The bottle is one of the few remaining props from the Ryan’s Daughter Village set, which was destroyed after a feud between local landowners in Kerry and a campaign to preserve what would have become a huge tourist attraction.

Derek explained, "David Lean was such a perfectionist that when he was making Ryan's Daughter, he got Guinness to produce a special Guinness label to put on the bottles on the shelves of T Ryan's pub in Kirrary (The Ryan's Daughter Village).

When the film was completed, the five landowners at Slea Head couldn’t agree on keeping the film set intact, which would have been one of the country’s greatest tourist attractions.

“The entire village of Kirrary was cleared by the production company and the land returned to nature and the five farmer owners. I understand all the bottles were also destroyed, but for a handful and this is one of the remaining ones with the label still on the bottle."

The National Treasures project was a campaign to collect objects cherished by people and families that explore the history of the island of Ireland over the past 100 years.

Since then, the project has transformed from a website to nationwide roadshow events, a TV series, an exhibition and now a book containing some of the amazing objects and stories uncovered.

The National Treasures project was produced by EZ Films for RTÉ in association with the National Museum of Ireland and the Broadcasting Authority of Ireland. The book is available in all good book shops and online at nationaltreasures.ie/shop