Something for everyone at Ardagh Heritage Centre 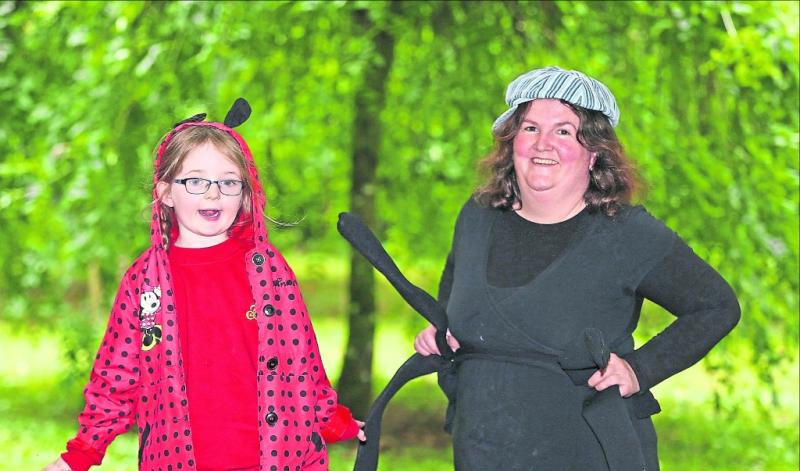 The Ladybird and the Spider; Lily May Smyth and Ann Gerety Smyth as their favourite Roald Dahl characters at a recent event in the Ardagh Heritage Centre celebrating the author's 102nd birthday. Phot

The Ardagh Heritage Centre was opened in the late 1980s or early 1990s by Seamus Heaney.

This closed in the late 90s. A restaurant opened in it for a couple of years but closed down.

Ann Gerety Smyth and Annette Corkery reopened the building as a Heritage and Creative Arts centre in 2011 because “it was a shame to see the building not being used”.

The Heritage Centre is used by lots of groups in the community such as the ICA, AGM groups and an AA group.

The Heritage Centre runs multiple events throughout the year, including the Fright Fest, the Viking event and a story telling event.

These events are really good fun and bring all the people in the community together.

From the years of running the Heritage Centre, Ann has learned how much the people in the community are willing to give to their local groups.

The Heritage Centre plays a vital role in the Ardagh community for all in the area, whether it be the women in the ICA or the teens joining in events such as Fright Fest, something for everyone takes place in the community.