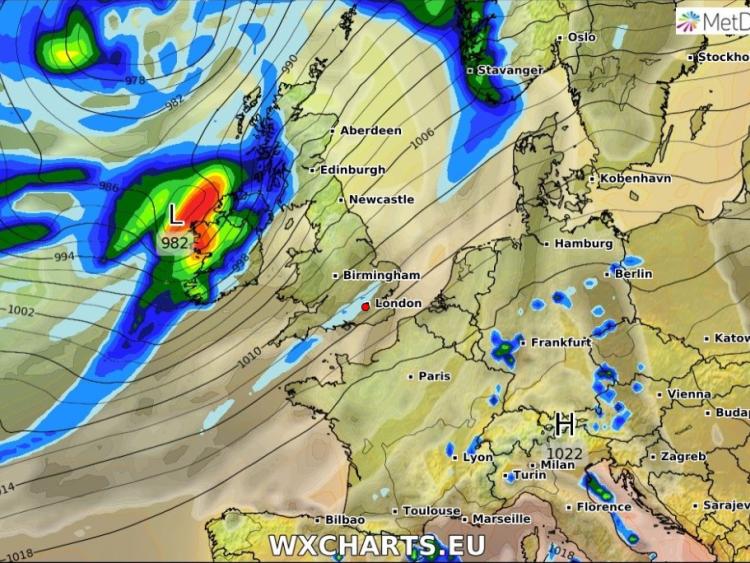 Met Éireann has issued a Status Orange Weather Warning as an approaching weather system has been upgraded to a storm.

Storm Ali will track across the country from 5am tomorrow with the warning in place until 1pm.

The status orange wind warning is in place for Cavan, Monaghan, Donegal, Dublin, Kildare, Louth, Meath, Galway, Leitrim, Mayo, Sligo, Clare and Kerry. As of 10am on Tuesday, the rest of the country is covered by a status yellow warning.

Storm Ali will track close to the west and northwest coast from the early hours of Wednesday morning until late afternoon. South to southwest winds veering westerly will increase to mean speeds between 65 and 80 km/h with gusts between 110 and 120 km/h for a time in some areas. Winds strongest along Atlantic Coasts at first and later in the morning extending further east.