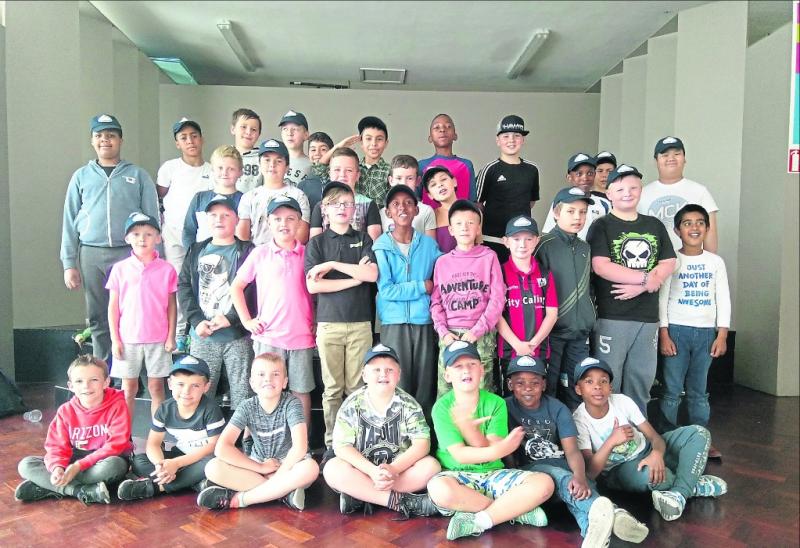 The pupils of St Michael’s Boys National School in Longford town participated in a summer camp where the theme was ‘Rainforests’.

Last week, a Summer Camp was run in St Michael’s BNS for the lucky pupils of the school.

Ironically, as the country was in the throes of a drought and heatwave, the boys worked on the Summer Camp theme of Rainforests.

The Camp was funded by the Department of Education, through Navan Education Centre and was run by three of St Michael’s teachers.

Additionally, they had a wonderful treat with a trip to the library where they completed a workshop which was hosted by the very talented Chris Thompson.

This was a highlight for the boys, many of whom had previously been to a workshop run by Chris, so on the morning of the library, excitement was tantamount in the school.

Needless to say, they were not disappointed as Chris had a fantastic morning prepared for them, which they all actively engaged in.

The beauty of the Mall was also enjoyed by the group who paid a visit there on Thursday afternoon.

In the glorious sunshine, they soaked up the beautiful surrounds of the trees, plants and river in the Mall, not to mention some well spent time on the climbing frames there!

The week was wound up on Friday afternoon with a presentation showing the proud parents samples of the work and activities which were completed by their sons.

The boys were very proud of their work, as were their teachers.

Everyone agreed that it was a week of fantastic fun and memories for the boys.

Memories which they will no doubt share when they return to school in September.