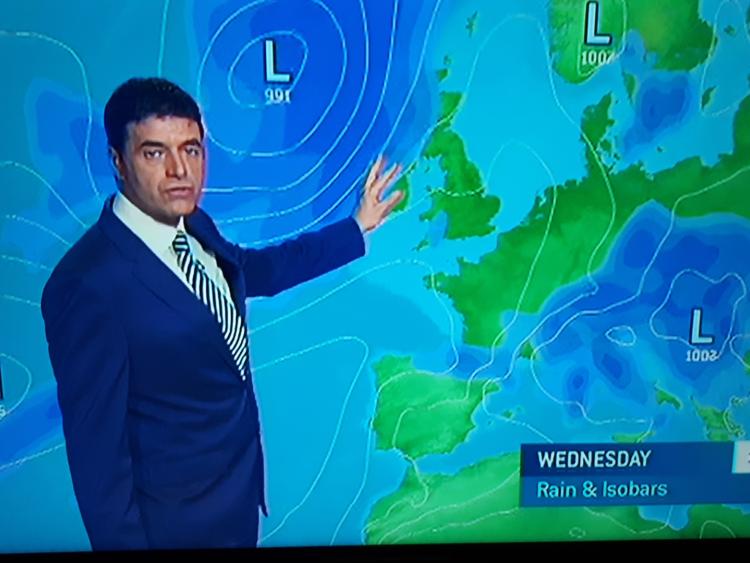 Met Éireann has put us on notice that that there's about to be a break in the sunny weather the country has basked in for weeks.

There are just a couple of more days left in the warm sunny continential weather we've been enjoying.

The weather will break on Wednesay when the Atlantic will take hold again sweeping blustery wet weather accross the country.

Monday will start cloudy but there'll be sunny spells and it will be a largely dry day, with just isolated showers, these mainly in the northwest. Highest temperatures 15 to 20 degrees, warmest in the south. Light to moderate northerly winds generally but a little fresher at the coasts.

Monday night will be mainly dry. Lowest temperatures 9 to 12 C.

Tuesday will be mainly dry day, with a mix of cloudy periods and sunny spells. Winds moderate northerly, generally, but fresh in some coastal areas, so feeling cool there. in direction.

Wednesday will be mild and dry to start. Some sunshine initially too, best in the eastern half of the country. But the warm spell will end later in the day. Cloud will increase and thicken through the course of the day. Rain and strengthening southerly winds will develop along the Atlantic Seaboard by early afternoon.

This wet and windy weather will become widespread across the country later in the day and early Wednesday night. More showery conditions will follow from the west later in the night. Top temperatures in the mid to high teens, possibly 20 or 21 C., in eastern areas prior to the rain.

Thursday will be bright, fresh, locally breezy day, with scattered showers. But some sunny spells at times too. Highs 15 to 19 C.

It will be changeable and fresh as the week ends with around normal temperatures for the time of year. Some dry bright periods at times, but showers too and with some wet and windy episodes also.