Longford farmers recognised for their achievements 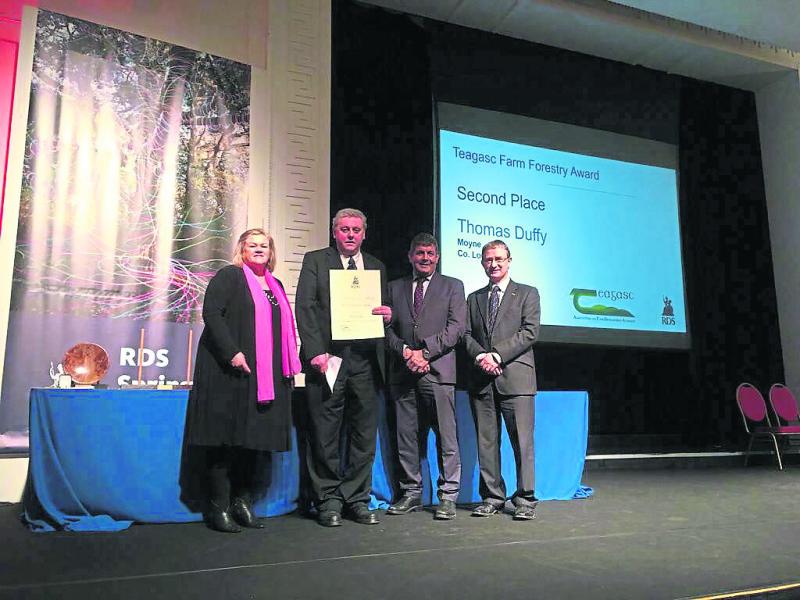 The county’s agricultural virtues were given top billing at Dublin’s RDS recently as two Longford based farmers were recognised for their achievements in the local forestry industry over the past 12 months.

he 2018 Spring Agriculture and Forestry Awards is widely viewed as being one of the most prestigious awards ceremonies of its type, where farmers across all sectors come together to honour those who have excelled in their chosen fields.

Both were nominated in various forestry awards and took home runners up prizes in each of their respective categories.

Colm said he was especially delighted to have secured second place in the event’s production forestry section, six years after being crowned its overall winner.

“I did well to finish second which I was fairly chuffed about.

The seasoned forestry practitioner is well known in the industry and with around 400 acres of forestry to his name, is well respected both within and outside the county.

He is also well aware of the esteem that’s attached to the RDS awards, a spectacle designed to promote best practice and efficiency in farming in order to ensure farm household profitability and sustainability.

“To even get second was a great achievement,” added a proud Colm.

“Ironically, I was actually beaten by a namesake of my own, but I delighted to have done as well as I did.”

Quiet satisfaction was a trait which could also be used to sum up the thoughts of his north Longford compatriot Tom Duffy.

A man of few words, Tom said he was somewhat taken aback to have come in for special recognition from the event’s organisers and special guest, Minister of State Andrew Doyle.

“I wasn’t expecting it (award), he said.

“But I was delighted to get it.”