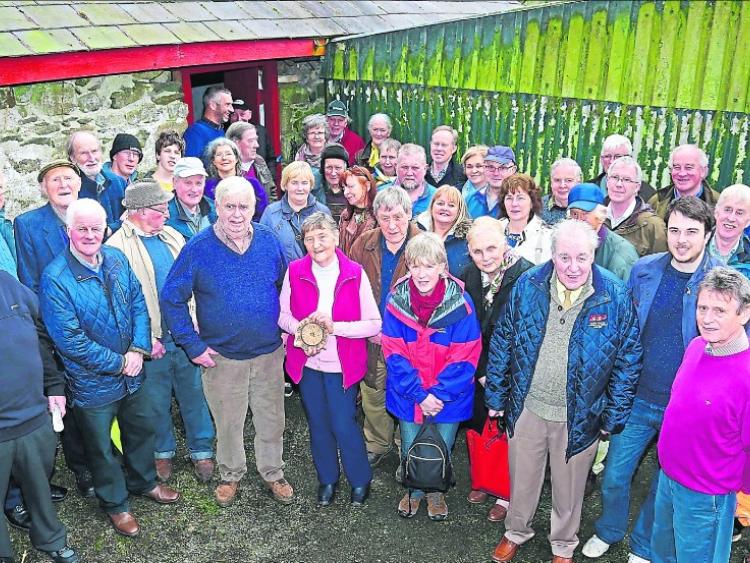 The Longford Leader found itself in the company of some of the great millers of our time during an open day at the newly restored mill on the the farm of Cecil and Karl Bleakley in Colmcille last weekend.

They came from all over the country to see the beautifully restored mill nestled among the breathtaking hills of north Longford where John Flahavan of Flahavan’s in Co Waterford was among those gathered as was well-known Meath miller James Tallon of Martry Mill in Kells.

The work on the local mill was carried out by Cecil himself and he was not shy about highlighting his pride in those achievements when chatting with the large crowd that gathered in Colmcille at the weekend.

“It had gone into complete disrepair and the roof was gone and the more I looked at it, the more I realised that the work would have to be done.”

And work Cecil did.

The years of hard graft paid off, as they say and 13 years on, the mill is now fully operational as it sits along Smear stream basking in historical connections to the aviation world!

Cecil’s uncle - a native of Colmcille - was a world record holder.

“My uncle held the world aviation record for the height and speed achieved by the American Air Force back in the early 1900s,” continued Cecil, before pointing out that the record was held by the same man for several years running.

“There is a memorial to him in the Panama Canal.”

Meanwhile, the man synonymous with the country's breakfast tables - John Flahavan admitted to the Leader that it was his first visit to Co Longford.

Mr Flahavan said he loved to travel around the country looking at old mills that have been brought back to their former glory.

“Our mill is going now since the late 1700s,” he added, before pointing out that the company exports into 20 markets across the world including Asia and south America.

Such exciting times for the humble Irish porridge oat, it must be said!

The Times They Are a Changin'

But of course too, the family business has been forced to change with the times and Mr Flavahan pointed out that part of that process included developing and manufacturing new products to meet demand.

"We do a lot of convenience foods now and we have lots of organic produce too,” the well established businessman smiled.

“You have to move with the times; we have to be at the forefront rather than waiting for everybody else to do it and then follow on.

“While we would be mostly known for our porridge oats, we actually have in fact about 20 other products in the Irish market too, and while they won’t be in all the supermarkets there are at least 10 or 15 of them in most supermarkets.”

Meanwhile, Mr Tallon who also chatted to the Leader said his family had been milling in Kells since 1859!

“The building we operate from dates back to 1641, but we have in fact established that there was an earlier mill on the site dating as far back as 1323, so its centuries old and is in fact one of the only mills in Ireland that has been working continuously and doing what it was originally built to do in 1323 - grinding grain,” the miller continued.

“We are a rare species in Ireland now - there is actually only a handful of watermills left in the country that are still working and still grinding in the traditional manner with millstones driven by a waterwheel.”

You may also like to read: Milling around history in Colmcille