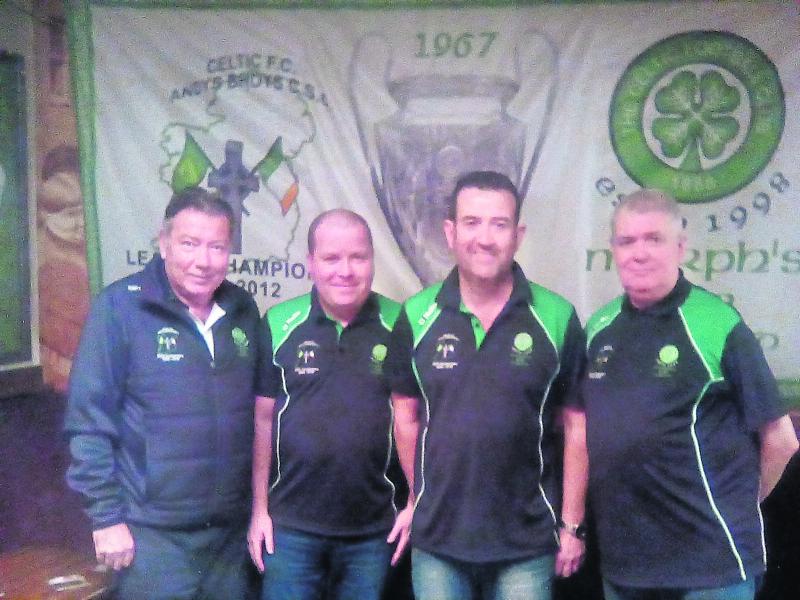 It's a case of 20 years not out for Longford town establishment Murph's Bar and Andy's Bhoys Celtic Supporters Club who this month celebrate two decades in existence.

Publican Michael Murphy opened the doors of Murphs Bar on March 6 1998 and over the years has seen many customers of all ages come through the door.

Upon welcoming Andy's Bhoys Celtic Supporters Club in 2004, Murphs has become one of the best sports bars in Longford town, winning numerous awards along the way.

Over the years, the bar has become synonymous with all things Celtic FC related, featuring large swathes of Celtic memorbalia both on its walls and ceiling.

Andy's Bhoys CSC was set up in April of 1998 in Andy Byrne's Bar on Dublin Street, the Club was set up to promote Celtic FC and assist with supporters in going over to watch the hoops in Glasgow.

This coming Easter Saturday night both the club and Michael will be having a celebratory night in Murphs with music on the night by well known trad and ballad band 'Irish Ways'.

There will be a draw for a large Easter Hamper on the night with numerous spot prizes too. The club and Michael would like to invite all locals along with past club members to attend what promises to be a most enjoyable evening.