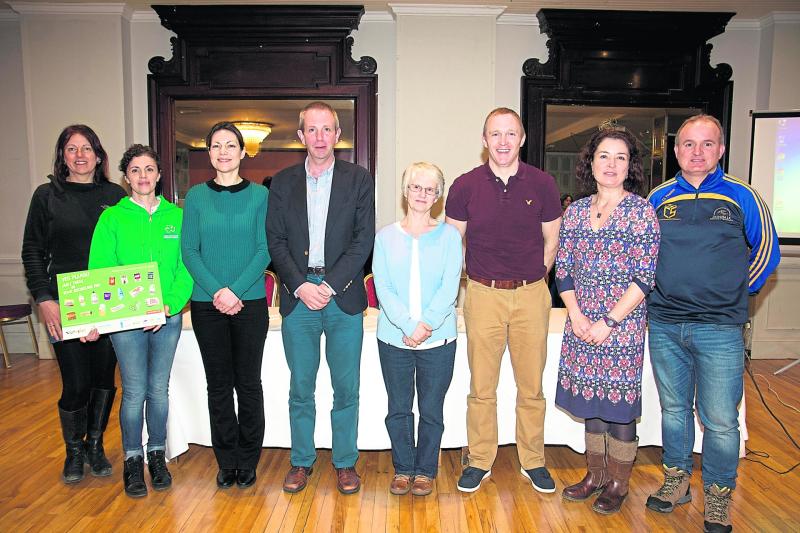 The Tidy Towns - Networking for Nature Event in the Longford Arms Hotel on Saturday, March 10.

The aim of the event was to bring people together in the region to share experiences and learn how communities can protect and enhance their local waters while also enhancing biodiversity as part of the National Tidy Towns Competition.

John Brannigan Director of Services with Longford County Council welcomed everyone and commended the Tidy Towns on the excellent work they do in their communities.

Elspeth Hall from Longford Beekeepers spoke about the importance of bees and the valuable services they provide and how Tidy Towns can support the declining bee population.

Karen Kennedy from the Waters & Communities Office highlighted some of the unique features of water catchments and our connections with drainage and why we should care.
She also identified practical ways for Tidy Towns groups to involve the wider community in awareness raising activities to help protect streams, rivers and lakes.
Tidy Towns Adjudicator Sharon Eastwood gave examples of interesting biodiversity projects undertaken by groups across the country.

Meanwhile Enda Fields from Emyvale Tidy Towns and Emy & District Anglers gave an outline of his group’s activities including river clean-ups, water and wildlife surveys, awareness raising and involving the wider community in their catchment activities.

Two parallel workshops in the afternoon led by Kieran Cummins and Sheevaun Thompson provided an opportunity for groups to interact and ask questions on how they can take action on controlling invasive species and what to include in an application for the Waters & Communities Award. Of course, there was plenty of note taking by eager groups!

The day finished with a biodiversity walk and talk led by Sharon Eastwood along the River Camlin with input from Longford Tidy Towns members.