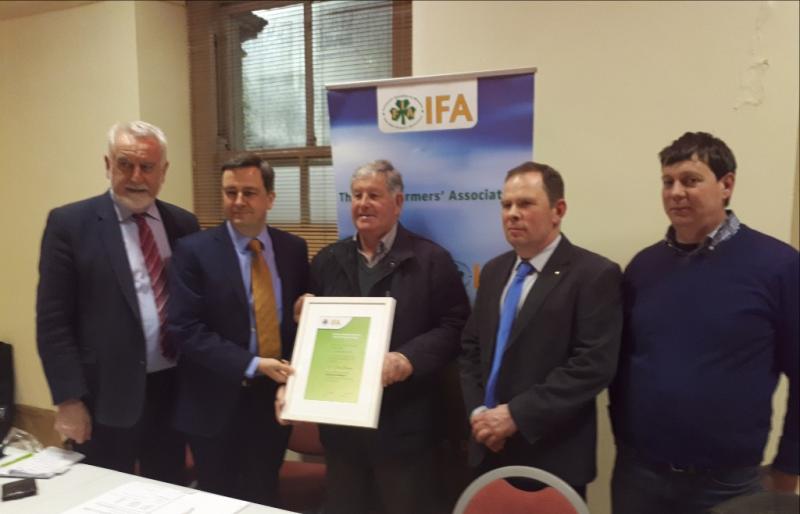 IFA’s Director General, Damien McDonald told Longford farmers this evening that an ‘agricultural armageddon’ was on the way if a hard BREXIT was to emanate upon the UK’s exit from Europe.

Speaking at the County Executive’s AGM, Mr McDonald told those gathered that IFA was very clear on what the country needed in the aftermath of Brexit and that included continued access to the UK market or free trade with the UK.

“If there is no agreement between Europe and the UK in terms of trade, the UK will revert to a third country under the World Trade Organisation (WTO) rules and in that case tariffs will have to be advised on products going into the UK from Europe, and on products going out of the UK and into Europe,” he added.

“That would be tremendously damaging for Irish agriculture; some of the tariffs on the beef side could be as high as 50%, so it would be an armageddon scenario if we were left with tariffs being applied to Irish produce going into the UK.”

Mr McDonald went on to say that there was “no point in beating around the bush” in respect of the matter and insisted that if Ireland ended up with WTO tariffs, an “agricultural armageddon” would most definitely result.

“Even if we can get a free trade agreement, the real concern then would be around the fact that if the UK was subsequently free to go off and do deals with other countries outside of the EU, those countries will send in their produce without tariffs and Ireland will be priced out of the market altogether,” IFA’s director general continued.

“Cheaper imports like beef from Brazil or lamb from New Zealand will be very damaging - so what Ireland needs really is either for the UK to stay in the single market or the creation of a new single market under the Customs Union.”

For more on this story see next week’s Longford Leader!