Rallying together for the common good in Carrickedmond 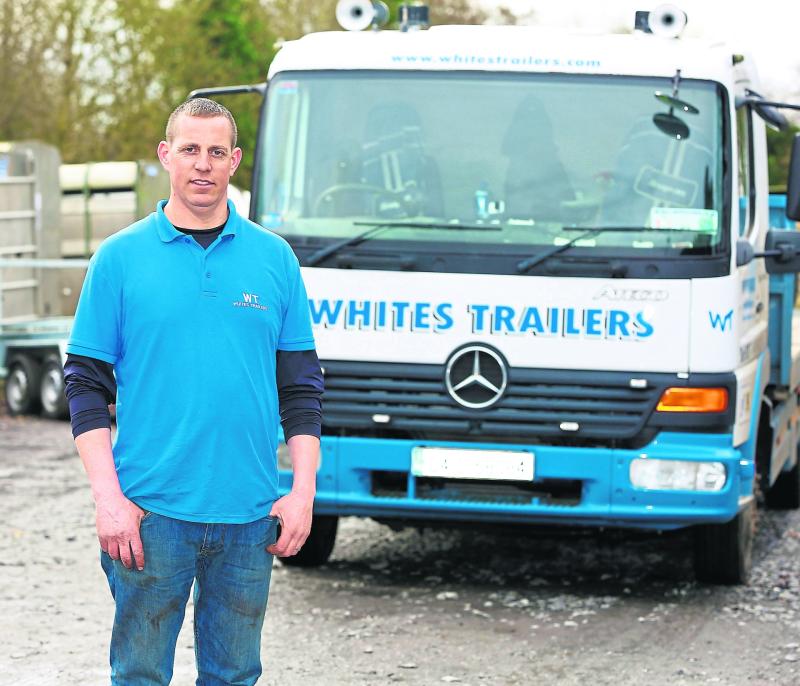 Once again, Whites Trailers (WT) is the main sponsor of this year’s County Longford Ploughing Championships.

The family run business which is managed by father and son team Raymond and Barry has been the main sponsor of the much anticipated event for the last two years.

The local business has a reputation for quality, keen priced trailers with a customer satisfaction rating that is next to none.

Whites also stocks new and used trailers from a large range of manufacturers.

The White Family is steeped in ploughing history as Raymond was the chairman of the County Longford Ploughing Association (LPA) for 12 years.

Barry told the Leader that the family was honoured to be associated with the event once again this year and said March 25 next would be a proud day for everyone in the locality including his own family.

“The business was established by my father in 1977,” said Barry, before pointing out that the parts department at the company also offered an extensive range of parts for all trailer models.

“This includes Williams, Hudson, Nugent, Brian James, Tractor Tipping, Plant etc.”
Barry went on to say that he is deeply interested in the ploughing championships and the event seems to gain momentum with each passing year.

“Longford has the biggest county ploughing match in the country and this is a huge achievement for a county that would not be big on tillage,” he continued.

“It has great members and I suppose it is them that have brought the LPA to where it is today.”

Barry says that it was his father who inspired his love for ploughing and he smiled when recalling how he used to attend the ploughing meetings as a youngster with his father.

“It was great for us to be given the opportunity to sponsor this year’s ploughing championships; all we need now is for the sun to shine!”

GALLERY: Get in the mood for National Ploughing 2017 with some lovely photos from the event launch

'Queen of the Ploughing' Anna May McHugh launches her new book