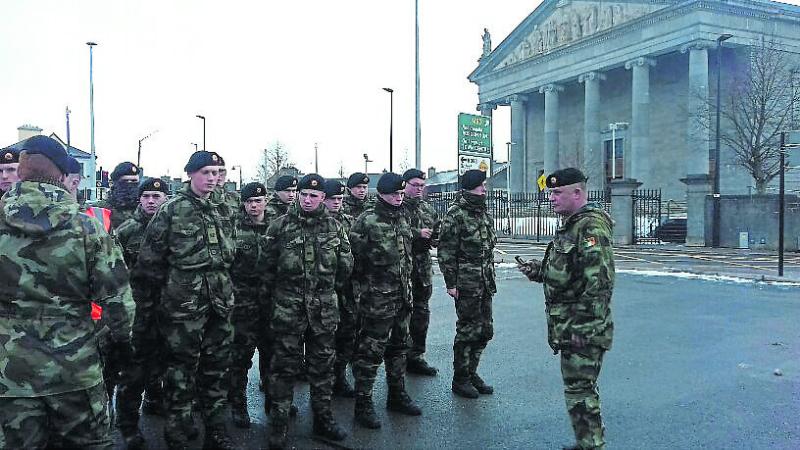 Troops from Custume Barracks, Athlone spent a number of days completing various tasks across county Longford in the aftermath of Storm Emma.

On Saturday, as the accompanying photographs show, they were involved with the clearing of snow from around St Mel's Cathedral, thereby enabling parishioners attend Mass over the weekend.

Longford County Council expressed thanks to the Defence Forces for their help with the clean-up effort.

The troops helped transport Brothers of Charity staff, Carers and HSE nurses from to different destinations throughout the county.

The troops were integral to the delivery of meals on wheels and they also helped palliative care nurses and carers to their calls.

And on Sunday, they cleared snow off roads and footpaths around Ballymahon and Edgeworthstown.

In all, 400 Defence Forces personnel and 155 vehicles were engaged in a range of tasks to support the civil authorities, with them being deployed mainly in Cork, Kildare and Dublin and also in Kerry, Louth, Westmeath, Longford, Offaly & Donegal.