Longford's Jenna and Stephen make it to the church on time! 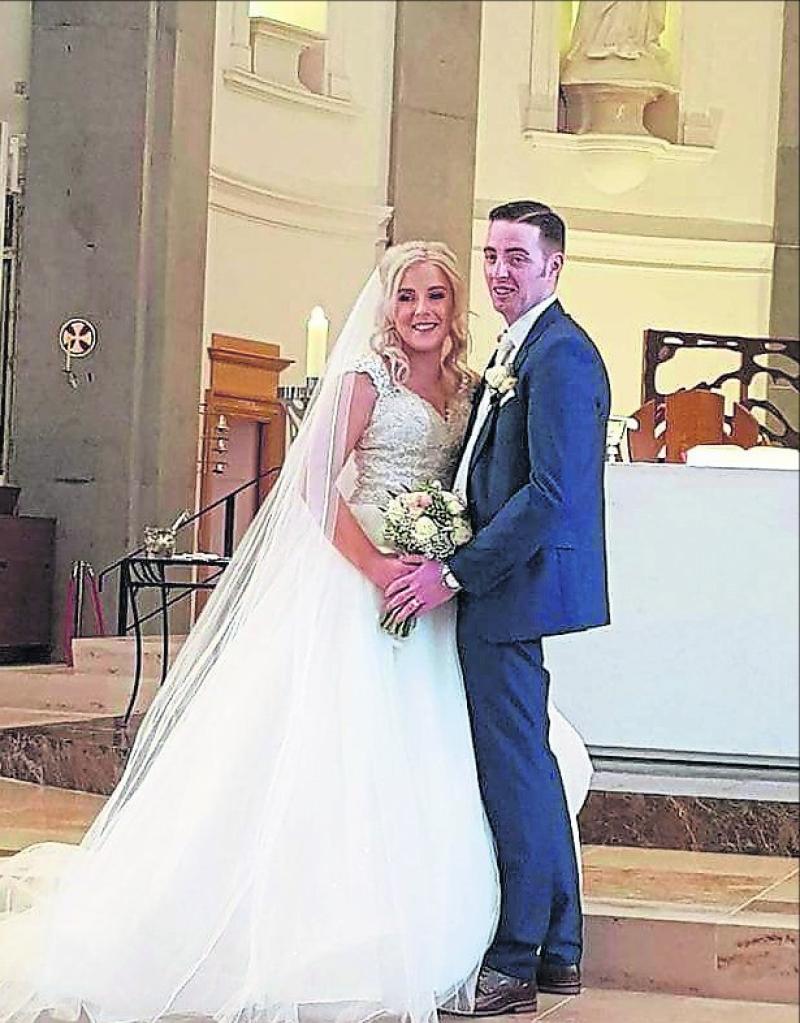 Jenna and Stephen made it to St Mel's Cathedral for their wedding despite the adverse weather conditions.

Getting to the Church on time took on a whole new meaning for one Longford town couple last Friday as they battled the snow to get to St Mel's Cathedral.

After years of planning, it looked as if the snow might have scuppered Jenna Harley and Stephen Guy's wedding plans.

Bride Jenna told the Leader: “Everything looked like it was going to have to be called off on Thursday evening.

“My dress was still in the shop and the hairdresser contacted me to say she would not be able to travel and looking out over the estate, it seemed as if there was no way to get through the snow.”
But family and neighbours reassured Jenna that they could make it happen.

Up to thirty neighbours and friends dug a pathway through the snow for the wedding car to get into the Battery Court estate.
“We were due to have a vintage car but there was no way it could travel. To be honest I didn't care what car I was travelling in at that stage,” said Jenna.

The neighbours dug out the snow for the best part of three hours in order to ensure that the bride and her proud Dad, Pat Harley, were able to make their way to the wedding car.

“It was touch and go but neighbours and family pulled out all the stops. We simply cannot thank them enough,” said the delighted bride.
Sister in law, Nicole Mulligan, who runs the One2One Hair Salon on New Street with her sister, Caroline, then stepped in on Friday morning and looked after the bridal party's hair.

The man, though, with the biggest job was the groom's brother as he was entrusted with the unenviable task of travelling to Tullamore to collect the dress

The wedding car eventually made its way out of the Battery Court estate as relieved neighbours and friends waved the anxious bride off.

“We were due at the Cathedral for 1pm but it was after 2.30pm when we eventually made it there,” said Jenna. There were many tributes for Fr Tom Healy, who officiated at the ceremony and kept the church up todate whilst they awaited the bride. “He was fantastic and then even made the journey to Athlone for the wedding meal. We were hugely honoured to have him with us”, said proud husband Stephen.

The wedding was a logistical nightmare as Dublin-born groom, Stephen, anxiously awaited the arrival of friends and family from the big city.
Thankfully, everybody got there in time and then began the slow journey over to the Athlone Springs Hotel for the reception.

“Once we had gotten to the church there was a huge sense of relief and we knew we'd have to take our time on the roads,” said the bride.
Once safely in Athlone, the newly weds were able to relax and truly savour a day to remember with their three little children, Jaidyn (7), Kaicee (5) and Mayson (20 months).

Honeymoon plans are on hold as the young family are looking forward to a family break abroad in the summer.
“We are just so thankful to everybody who helped. It really showed just how well people can work together and we cannot ever thank them all enough,” said Jenna.

Meanwhile, on Thursday, as the weather rapidly deteriorated, family and friends were gathering at the Cathedral for the funeral for Thomas Harvey of Padraic Colum Heights.

Following funeral mass, family and friends accompanied his remains as he made the final journey through dreadful weather conditions to Ballymacormack cemetery.