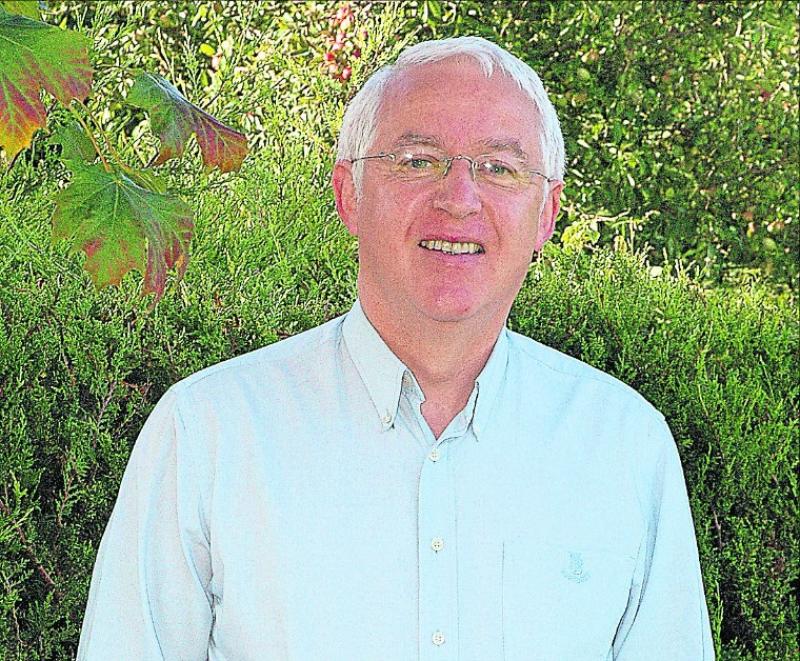 The Longford Association in Dublin is delighted to announce that the accolade of 'Longford Person of the Year 2018' goes to Denis Glennon, first lay principal of St Mel’s College, Longford. And Liam Fenelon and Padraig Donlon have been selected to receive the association’s Special Recognition Awards 2018.

Denis Glennon lives in his native Longford town with his wife, Olive, and they have three grown up children, Dominic, Paul and Anna, a daughter –in-law Annette and “two precious grandchildren Shay and Fiadh”.

To say the least, Denis is multi-faceted to such an extent it is dizzying to even contemplate – he’s been a respected secondary teacher in St Mel’s College, his Alma Mater, and was its first lay principal; he is now retired from that role. He also taught and volunteered in Nigeria; he was a local and active councillor for many years; is an author, only last year launched an extensive history of St Mel’s College and his local volunteering must absorb his every waking moment!

Denis is a founder member of Backstage Theatre and has even disported himself as an actor! He is currently serving on 6 voluntary committees, chairing three of them: Backstage Theatre Management Committtee, Disabled People of Longford Voluntary Housing Board (DPOLVHA), Scoil Mhuire Clondra Board of Management as well as being an active member of the other three. In the early days he was a member of Multiple Sclerosis Longford Branch and assisted at his 40th church gate collection only last year. Always focused on the best for Longford, he’s been a member of the Court House Action group to save the iconic Longford Court House.

Denis Glennon’s life has, and continues to be, one of great accomplishment, much of it on behalf of others. As is his wont, he does what he does with generous consistency, without any song-and- dance and a great deal of humility.

Liam Fenelon was born and brought up in Esker, Ballinalee. He attended Ennybegs National School, where he and association life president, Gerry Quinn, were classmates. He’s had a rather varied life, but it as a competitive runner he is widely known.

It was in 1984 that Liam ran his first marathon. Since then he's run over three hundred more and doesn't plan on stopping just yet! Seventeen years ago the first Longford Marathon –and in which he was involved in bringing to his local town - was his 100th marathon. He and the Longford Marathon have been going strong ever since.

Over the past thirty years plus Liam has run close to 100,000 miles and has raised hundreds of thousands for charity, mostly locally based, and travelled all over the world. His goal was to run 300 marathons before he turned 75, a goal he has achieved - and his joints are still intact!

Liam ran his own television businesses in Longford town,Mullingar and Carrick-on-Shannon for 35 years and before that he worked for Bord na Mona. Now retired (except of course from running!), the business he started off in Longford is still going as the Computer Clinic with his son-in-law, John Sheehan from Cork in charge. Liam lives in Ballymacormack with his wife, Mary, and they have three grown up daughters, Fiona, Sharon and Michelle.

Pádraig Donlon has established himself as one of the greatest pipers in the country at this stage and travels the world playing to massive crowds. He taught himself the pipes having a great ear for music and in fact it was by ear that he learned to play his instruments.

It was through Comhaltas and Fr Quinn that he began meeting other accomplished traditional musicians – “people that were hugely influential on me”, he says.

Padraig is known and respected the world over and has appeared on numerous TV and radio shows down through the years as well as receiving many awards and accolades. His most recent achievement is that of being honoured with the Ard Ollamh na Fleadh award which came as little surprise to those working in the area.

A proud Longford man, he is a native of Lanesboro, now living in Dundalk with his wife Valerie Leech, an Irish dancing teacher, and the couple’s four children, who are also involved in the music scene – their daughter is an All-Ireland harpist. Padraig’s sisters, Teresa and Nuala are also accomplished musicians and are very involved in Comhaltas; his first cousin, Tim Donlon, is a life president of the Longford association in Dublin.

Denis, Padraig and Liam will be presented with their awards at the association's 64th Annual Gala Dinner Dance in the Red Cow Moran's hotel on Saturday, April 14th. Tickets cost €50 which includes a sumptuous four-course meal. Music is by Seamus Farrell, supported by Seamus Sheridan. More details in the ‘’Leader” shortly.