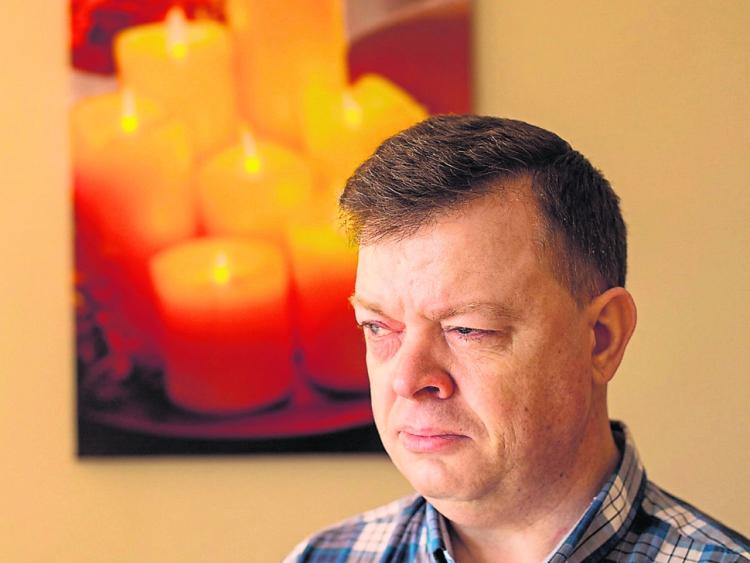 Founder of RISN, William Gorry, is seeking Longford survivors to add their voice to the campaign

A new web community has been set up for survivors of institutional abuse, allowing them to work together to give their own voice to matters that are important to them.

The website, risn.ie was set up by 52-year-old William Gorry who survived horrendous sexual, physical and emotional abuse in an industrial school ast a child.

William and his 12 siblings lived in Co Offaly before their mother left.

Living in difficult conditions with no electricity or running water, William and his siblings were taken into care by the Midland Health Board.

At the age of nine, William found himself, along with two of his brothers and three of his sisters, carted off to Mount Carmel industrial school in Moate, Co Westmeath, which was run by the Sisters of Mercy.

"Sometimes it was okay but mostly it was Hell, I was emotionally, physically and sexually abused over the years,” William told independent.ie last summer.

"We would get beaten by priests, lay staff and nuns who were supposed to care for us.

"We were screamed and yelled at, I was told that I was useless, stupid, blind and hopeless, nobody would love or want me.
"I was isolated to confined space and often punished severely.
"Many times I got slapped and boxed across the face, I remember being locked in a hot press in darkness for hours until I was bruised and blistered.”

William left the school when he was 20 but said that the level of abuse to which he was subjected as a child affected him emotionally and prevented him from doing anything with his life.

"I find it hard to form friendships, getting close to people and trusting them is hard, I feel like I'm always watching myself,” he said.
"I haven't been able to move on or have a life of love and happiness, it's like a tension inside of you and you're just supposed to be happy with what you have."

Survivors of this kind of abuse are being ignored and made to feel like they should be happy with what they've got, according to William.
For this reason, the 52-year-old set up RISN, so that survivors in Ireland, Northern Ireland and the UK, will at last be able to have their voices heard.

“On November 17, 2017, an agreement with the Department of Education was reached to hold consultation talks with RISN survivors,” William explained.

“Please get in touch with us. It will allow us to petition for as many consultation talks as ought to be held in Ireland and the UK so that everyone’s voice is included.”

More information about RISN can be found at the website, www.risn.ie.
You can also contact William directly at 085 257 4737 or email info@risn.ie